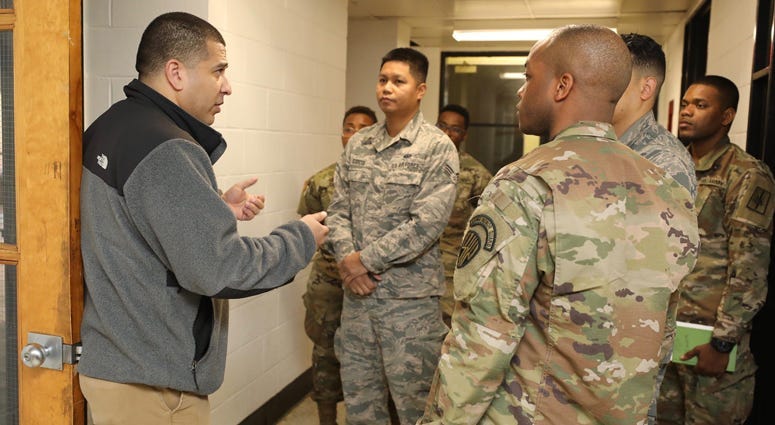 NEW ROCHELLE, N.Y. (WCBS 880) — A containment zone is now in place in New Rochelle to try to limit the spread of coronavirus.

With the majority of New York's cases located in New Rochelle, facilities including schools, houses of worship and country clubs in a designated containment zone have been closed for the next two weeks to reduce any opportunity for large groups to get together.

The containment zone, which was announced by Gov. Andrew Cuomo this week, extends in a one-mile radius from the Young Israel synagogue, which has been deemed the epicenter of the outbreak. The zone includes New Rochelle High School, Leonard Middle School, William B. Ward Elementary School, Tuckahoe schools, and a handful of private schools, including Ursuline School, Hudson Country Montessori School and Thornton Donovan School.

The National Guard has been deployed to the area to help deliver meals to anyone under voluntary or mandatory quarantine and clean public spaces.

Metro-North trains in the area are running and officials stress people can move around freely in the containment zone and businesses such as grocery stores will remain open.

"It is not a zone in which there's a checkpoint that you have to cross in order to get in or get out of," Westchester County Executive George Latimer told WCBS 880. "But as you can imagine this the area that has had a higher concentration of positive tests than any other place in the country and the concern of the governor is right to worry about this is that the contagion will spread where there's close geographic presence and where people meet and gather together. And that's what they're trying to avoid by doing this zone."

There are no barriers, no military vehicles and no sign of the National Guard. Mayor Noah Bramson said that shouldn't be surprising because the "containment zone" is not an exclusion zone.

"It is not a quarantine zone," he tells WCBS 880's Peter Haskell. "Nobody is prohibited from entering or leaving the area."

Cuomo told the "Today Show" on Wednesday that the action sounds more dramatic than it is.

Vice President Mike Pence told "CBS This Morning" on Thursday that he spoke with Cuomo guidance issued to the state from the CDC to control the situation in New Rochelle.

"We put out very, very strong recommendations for social distancing, for large gatherings for schools and we're working in very close cooperation with the state of New York and that governor and I have also talked about that we are working for the high volume testing to be approved. The state lab in New York state is already able to do that," Pence said.

Cuomo says the key to tracking the spread of the virus and ultimately curtailing it is increasing testing capacity.

Latimer agreed saying, "If we could test everybody overnight then we'd have an idea of who has the contagion, who doesn't, isolate those that do, and function in a bit different way, but without that universal testing the only other tool that's at stake is social distancing."

The governor has accused the federal government of "controlling the process" and has called on them to "release the handcuffs." He described the federal response to the situation as the "public health version" of Hurricane Katrina.

Meanwhile, Cuomo said New York is taking matters into its own hands and working with 28 private labs to increase the state's testing capacity. Most of these labs will do manual testing of samples, but Cuomo said that they are hoping to move more towards semi-automated testing. Some of these labs are still waiting for FDA approval before they can begin testing.

It is unclear how much testing capacity will increase.