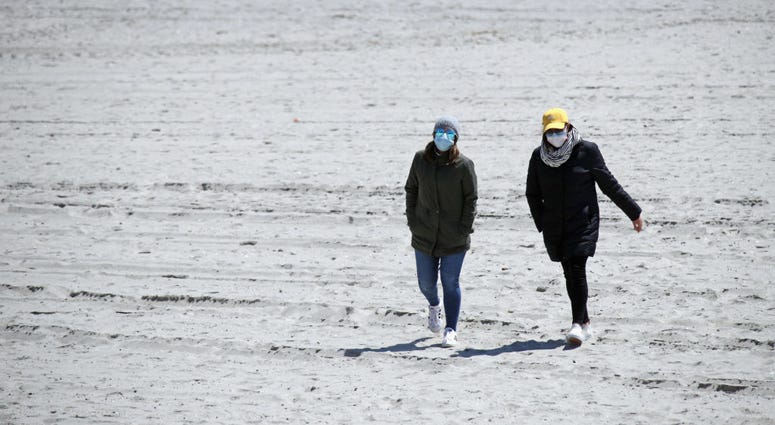 Gov. Andrew Cuomo said this is being done in coordination with New Jersey, Connecticut and Delaware.

Cuomo said there will be strict precautions in place, including cutting capacity in half and requiring masks when social distancing is not possible.

As a region we have established a joint agreement on beaches in NY, NJ, CT and DE.

Beaches will be at 50% capacity & masks will be required when social distance not possible. Staff will enforce.

"City, town and county beaches may open as well on Friday of Memorial Day weekend, as long as they fully enforce the minimum rules. They may impose additional conditions. If local government's don't enforce these rules, the beaches will be closed," Cuomo said.

Local governments that choose to reopen and decide to impose more restrictions beyond those required by the state must have those plans in place by May 20. 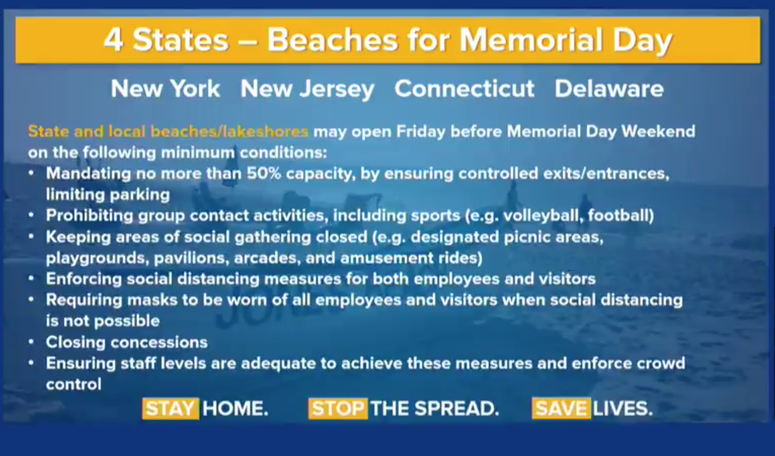 While outlining his summer plans, New York City Mayor Bill de Blasio said beaches "are just not in the cards" and will remain closed.

“If New York City beaches are closed next weekend, it will create a chaotic and untenable situation on Long Island,” he said in a statement. “For the good and health of all New Yorkers, I call on Mayor de Blasio to ensure that New York City residents have access to their beaches for Memorial Day weekend."

Kaminsky and 10 other senators, who called for regional planning to reopening beaches, say "it is critical that all jurisdictions coordinate their openings so that beach-attendance can be managed in a healthy and safe manner.”

The bottom line, Kaminsky said, is everyone needs to be on the same page.

"The scenario that we're certainly worried about is having tens of thousands of people stream down to the beaches without there being a real plan. That could mean unsafe swimming cause there are no lifeguards, that could mean beaches become virus breeding grounds if they're too packed, so we believe there needs to be a plan to do this safely and in a coordinated way because what one jurisdiction does will impact its neighbor," Kaminsky told WCBS 880's Sophia Hall.

He says many business owners depend on summer traffic to stay afloat.