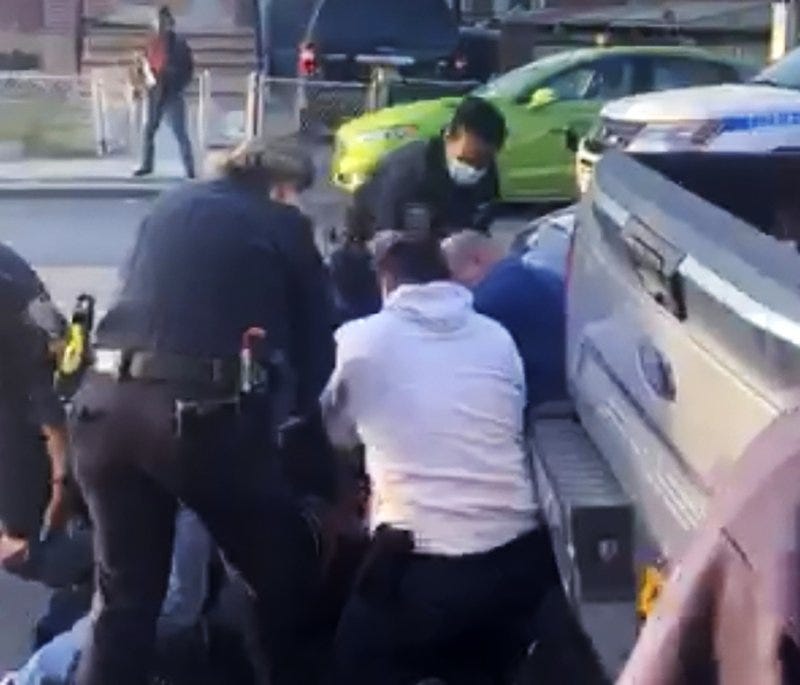 According to Bronx District Attorney Darcel Clark, this should not be the NYPD's job.

"Any time other systems in our society doesn't work, the default becomes NYPD and the district attorney. And that has got to stop," Clark said. "Why should somebody get a criminal record for this?"

Clark and Katz are joining their counterparts in Manhattan and Brooklyn in choosing not to prosecute any social distancing arrests that come their way.

"Continuing to prosecute ourselves out of this crisis is not the answer," Katz said. "We literally don't want this health crisis to turn into and fuel the criminal justice system."

In a statement to WCBS 880, the district attorney's office in Staten Island said, ""If a misdemeanor or felony arrest related to social distancing enforcement were made by police, we would evaluate the facts and evidence on an individual basis before making a charging decision, as we do in all cases."

The Police Benevolent Association, the NYPD's largest union, called for the department to get out of social distancing enforcement altogether, saying they've only gotten vague guidelines. They call the situation "untenable."

Mayor Bill de Blasio said Sunday the city is increasing civilian social distancing ambassadors from 1,000 to 2,300 and is working with community partners to increase education and outreach.

“More and more of the emphasis will be on a communicative, encouraging approach through these social distancing ambassadors, and with a team of 2,300, we'll be able to reach deeply into the city,” de Blasio said, while noting that enforcement through ticketing “will still be there when needed.”

The city didn’t immediately have information on social distancing arrests or summonses, if any, over the weekend. De Blasio reiterated there have been relatively few — under 10 summonses a day citywide — but that enforcement needs to be done “fairly and consistently in all communities.”

New York City police department data released Friday showed that of the 374 summonses issued through May 5 for violating distancing orders, 52% were given to black people and 30% to Hispanic people.

The mayor on Friday called those statistics “an indicator that something’s wrong we need to fix.” He pledged more training and clearer protocols for officers.

After video showed an NYPD member not wearing a face covering during a social distancing confrontation, de Blasio said the city will also ensure that all frontline staff, including NYPD, wear face coverings while in contact with the public.