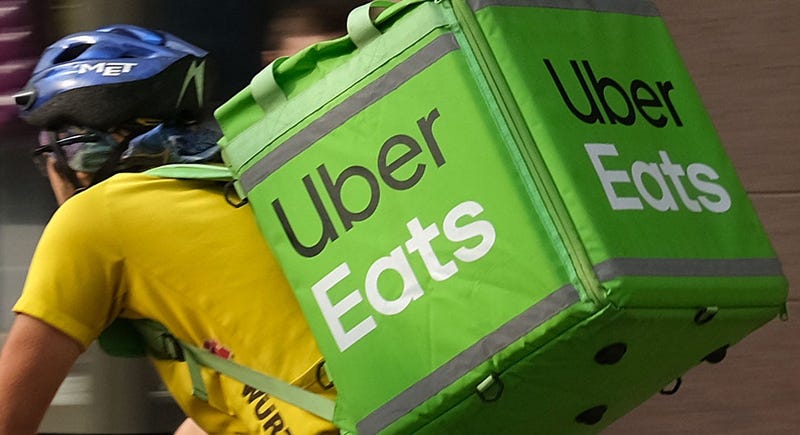 NEW YORK (WCBS 880) – New rules being considered in New York could shake up the way food delivery services like Grubhub do business.

The fees charged by food apps like Grubhub, Uber Eats and DoorDash can add 30 percent or more to an order, giving restaurants and customers a case of indigestion before the food even reaches the door.

The apps contend it's bringing more business to small restaurants, but the owners complain it's eating into their profits.

A federal investigation into Grubhub's business practices was launched by Sen. Chuck Schumer and now the State Liquor Authority is weighing new rules requiring the apps to cap fees at 10 percent, or be forced to be listed as partners on the restaurant's liquor license.

The authority's chairman in a hearing Monday pointed out that landlords are allowed to collect up to 10 percent of a restaurant’s revenue, but anything more than that is considered profiteering.

The tech companies say buying into the liquor license will expose them to unacceptable new legal liabilities.

The State Liquor Authority could vote on the proposal later this fall.