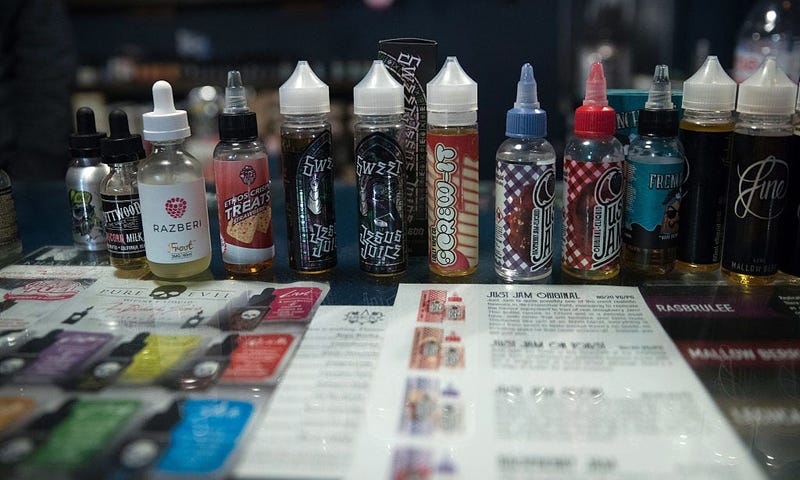 NEW YORK (WCBS 880) — The New York City Council will vote Tuesday on a proposed ban on all flavored e-cigarette and liquid vaping products.

The bill, which has been in the works for some time at City Hall, has recently gained momentum following an uptick in vaping deaths and illnesses – including the second vaping-related death in New York last week.

Council Member Mark Levine sponsored the bill and said that e-cigarettes followed in the footsteps of big tobacco by glamorizing its use and selling their products in an array of fruity flavors, which would entice users.

“The idea being, adults who want to replicate smoking on any cigarette would still have that option,” Levine said. “But the other flavors are too appealing to kids.”

The bill would ban all fruity flavors such as fruit punch, gummy bear and cotton candy. Only tobacco-flavored will still be allowed to be sold.

While vaping giant Juul has already halted the sale of fruity and dessert flavored products, the vaping industry continues to fight back against the proposed bans. Some companies are arguing that a ban would result in boosting sales on the black market.

However, Levine said it’s time to do something about the teen vaping epidemic and public health crisis.

"We need to do something about it. We need to protect the children of the city and beyond, and we can do that by keeping these flavors out of their hands,” he said.

Meanwhile, President Donald Trump is expected to meet with vaping industry officials Friday afternoon to discuss what can be done.

The president said the government would propose a nationwide flavor ban back in September, but has since backed away from the suggestion.

“We can't allow people to get sick and we can't have our youth be so affected,” the Democrat said.

According to the Centers for Disease Control and Prevention, there have been over 2,200 cases of vaping-related lung illness in 49 states and nearly 50 deaths have been reported in 25 states.

“We need, now, drastic action from the FDA, which has really abdicated its responsibility,” Blumenthal urged.

In New York City, the bill that would ban the sale of flavored vaping products is expected to pass on Tuesday after a vote by the City Council.

A spokesperson for Mayor de Blasio told the New York Times that he is on board with the bill. "The mayor supports it. We will either sign it or let it lapse into law," said Freddi Goldstein, de Blasio’s press secretary.

On Tuesday, the American Medical Association called for a “total ban on all e-cigarette and vaping products."

A similar bill looking to ban menthol cigarettes is not moving ahead, to the dismay of many anti-smoking advocates. The Rev. Al Sharpton's National Action Network has been lobbying against the bill, arguing it would make black communities a target for more police harassment. The Times earlier reported Sharpton's group regularly took donations from the tobacco industry.

Menthol-flavored products and e-cigarettes were not included in New York City's existing law, which bans the sale of flavored tobacco products.

A state panel had previously approved a statewide emergency ban on all flavored vaping products, which was set to take effect in early October. However, a judge halted the ban from taking effect after the vaping industry and advocates filed a lawsuit against the state.