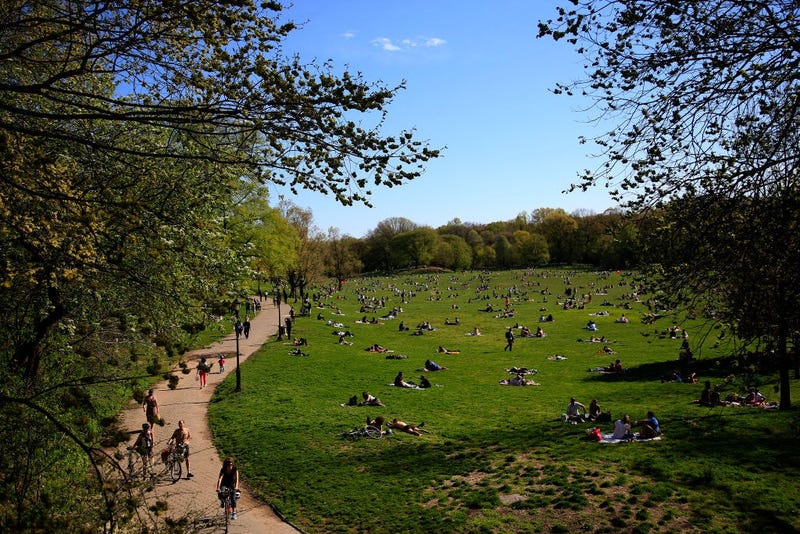 NEW YORK (WCBS 880) — While the NYPD’s $1 billion budget cut received the most attention, the city also slashed funding for other programs, leaving many advocates unhappy.

In total, New York City cut 14%  of the Parks Department’s budget and approved a $65 million cut to the Fair Fares program that helps low income people use the bus and subway.

Parks advocates were furious upon learning the news saying New Yorkers are relying on parks now more than ever before.

He says the budget cuts will lead to deterioration in parks.

“If our parks are in disrepair and there's no other game in town, we're in real trouble,” he said.

Among the anticipated layoffs are dozens of parks enforcement patrol positions just as the city had been looking for ways to reduce its reliance on the NYPD.

“There really isn't really a need for P.D. presence in the parks for the most part,” Ganser said.

Meanwhile, transit advocates were disappointed in the cuts to the Fair Fares program, which helps the residents most in need.

“Fair Fares is a program that offers half-priced MetroCard to New Yorkers living at or below the poverty line,” explains Danny Pearlstein of the Riders Alliance.

He says Fair Fares help expand access to jobs, education and healthcare. It's set to be cut by about a third.

“Fair Fares should be there to help people get back on their feet,” Pearlstein said.

Mayor Bill de Blasio has said Fair Fares was “right sized,” given the drop in ridership on subways and buses.

“We're not going to see that turn around in the short-term,” the mayor stressed.

Pearlstein wants a commitment that anyone who is eligible can still enroll.