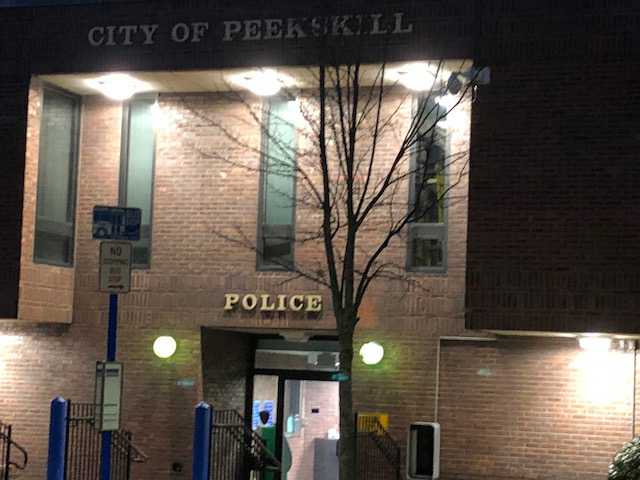 NEW YORK (WCBS 880) --  A Peekskill officer was arrested for allegedly stalking and repeatedly sexually abusing a woman while on duty, officials say.

33-year-old Peekskill Police Officer Michael Agovino was charged Saturday and placed on administrative leave following an investigation and audio recording that supported allegations he committed several crimes while on duty and in police uniform, according to criminal complaint.

Agovino allegedly made her strip and then groped her. The officer is accused of abusing the woman multiple times during a six month period while on duty and in uniform.

On Jan. 22, the victim allegedly made a secret audio recording of an encounter.

Agovino was charged by the Westchester District Attorney's Office with sexual abuse in the first degree, stalking in the first degree, and burglary in the second degree for alleged crimes committed against the victim.Westchester District Attorney Anthony Scarpino said there was been no evidence the woman committed any crimes related to Agovino's alleged initial investigation and the woman was never arrested.The Peekskill Police Department released a statement on Facebook Sunday morning after Agovino's arrest. "Police Officer Michael Agovino has been arrested and charged with several crimes alleged to have occurred while he was on duty. The City of Peekskill Police Department is fully cooperating with the Westchester County District Attorney’s Office's investigation into these allegations. Officer Agovino has been placed on Administrative Leave until further notice."