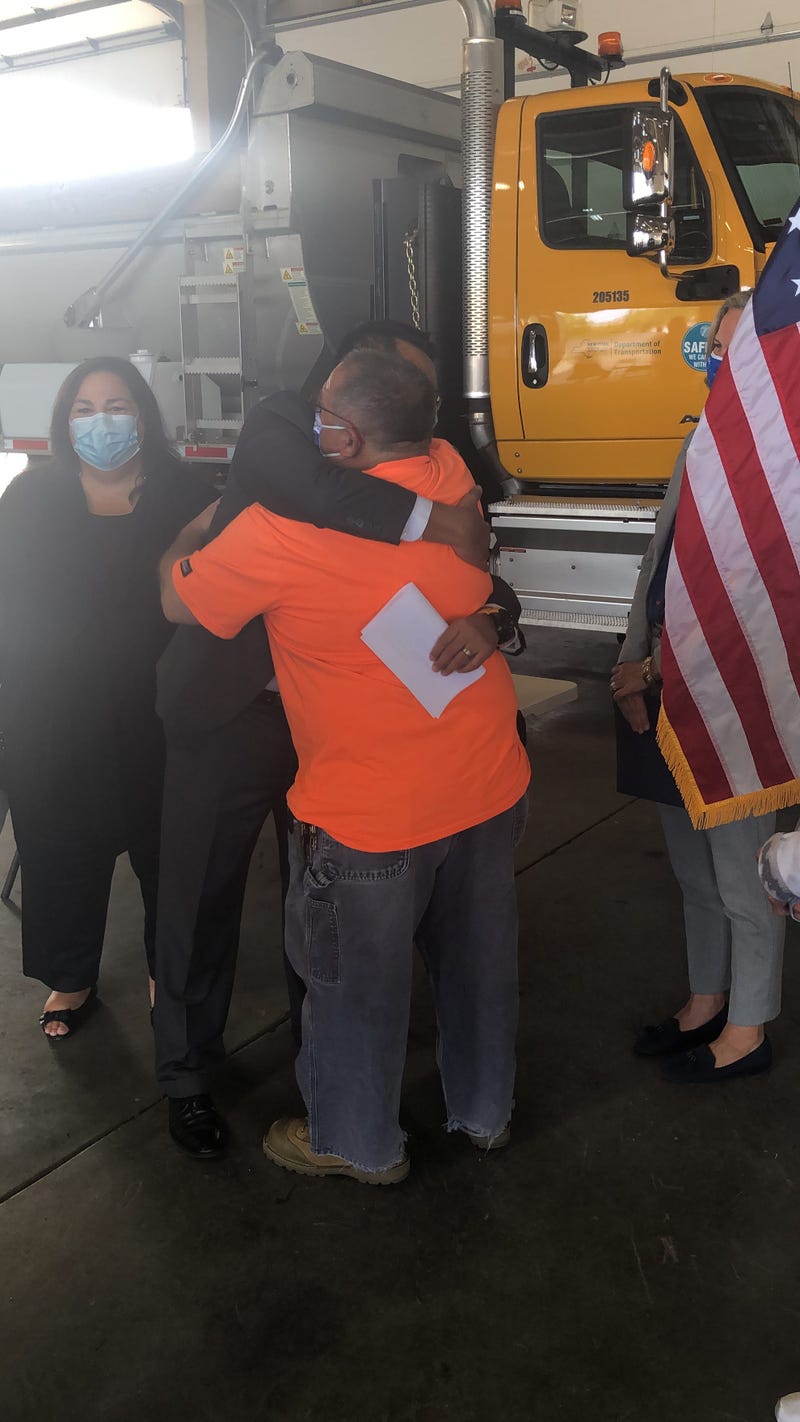 NEW YORK (WCBS 880) — A Queens man was reunited on Tuesday with the Long Island H.E.L.P. truck operator who saved his life.

Ricardo Farciert told reporters he would not be alive today if not for fast-moving New York State Department of Transportation H.E.L.P. Operator Anthony Beato.

“I want to thank you. Thank you very much, you saved my life,” Farciert told Beato on Tuesday. 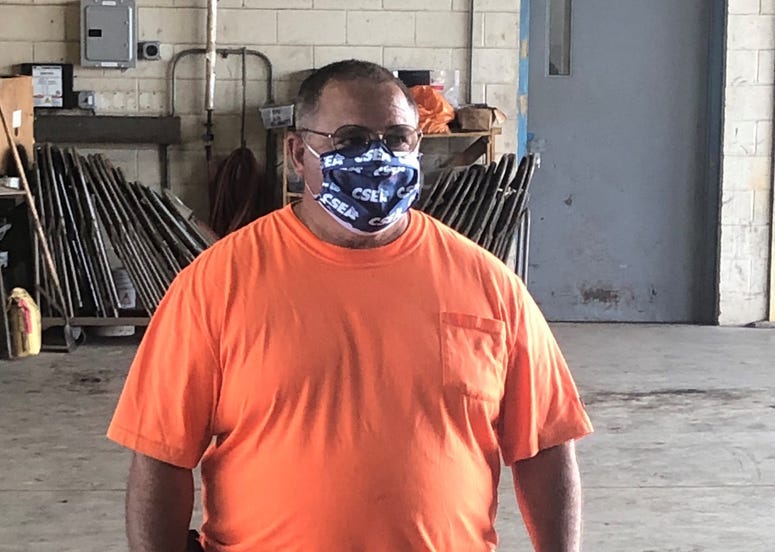 Farciert had traveled from Queens to Nassau County to assist a friend whose car broke down on the Long Island Expressway. While helping, he had gotten underneath the car, but it fell off the jack and landed on top of his body.

“Ricardo was under the car, but the car collapsed off the jack,” explains Beato.

Beato, who has operated a H.E.L.P. truck since 1996, sprang into action. He saw the car on the side of the road, saw a man stuck underneath and quickly got his jack out to pull Farciert to safety. 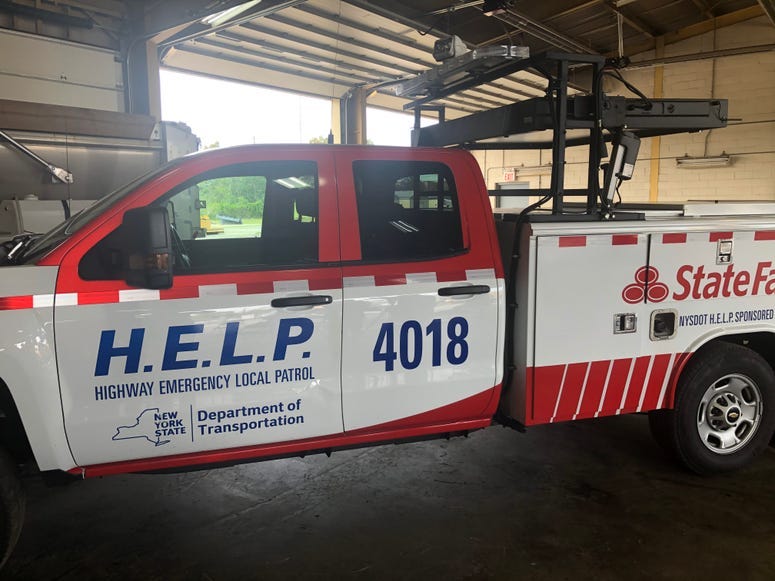 “I ran over, grabbed my jack, threw it under the middle of the car – because I couldn’t put it where he was – and his buddy dragged him out and I went and grabbed first aid, cold pack, bandages,” Beato said.

Farciert says he was scared and thanks Beato for his life.

“I’m pretty sure without Anthony, this would be a different story. In just a few seconds, I remember, I think about my wife and my two little kids,” he said.

Farciert suffered broken bones and a bad laceration on his head but, he happily says he is recovering.

He adds that he will soon be going back to work as a school bus driver when he fully recovers from his injuries.