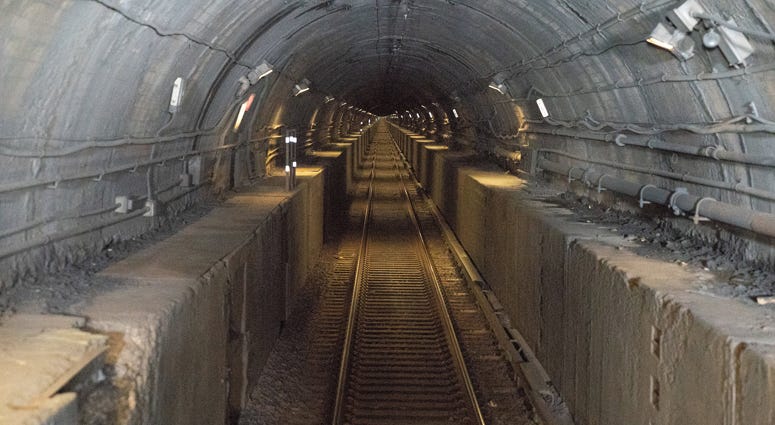 NEW YORK (WCBS 880) — A rally at Penn Station on Friday morning called for the federal government to get moving on the long-stalled Gateway Project for two new Hudson River rail tunnels.

“The lack of a record of decision is holding up a number of key work elements that could be done right now even without federal funding,” said Build Gateway Now's Brian Fritsch.

He adds that they must act before the end of 2019 to keep the project on time and on budget.

There's now a count-up clock on the Build Gateway Now website to show how long it is taking to move the project forward.

“We are counting the time wasted as you put the national economy and the livelihood of thousands of Americans at serious risk,” Fritsch said.

The north river tunnel was flooded with saltwater during Superstorm Sandy, which is eating away the walls and the wiring. Amtrak says the 108-year-old tunnel may only last another 10 years.

The project would double train capacity in and out of Penn Station, and allow for high speed rail in the region. Most importantly, it would guard against the potential disaster of the current aging tunnels from completely shutting down rail service in the area if those tunnels became unusable.

A full tunnel shut down, says the coalition, would be disastrous for commuters and the region’s economy.

In a statement, an FRA spokesman said the average time for similar project approvals is four and a half years.