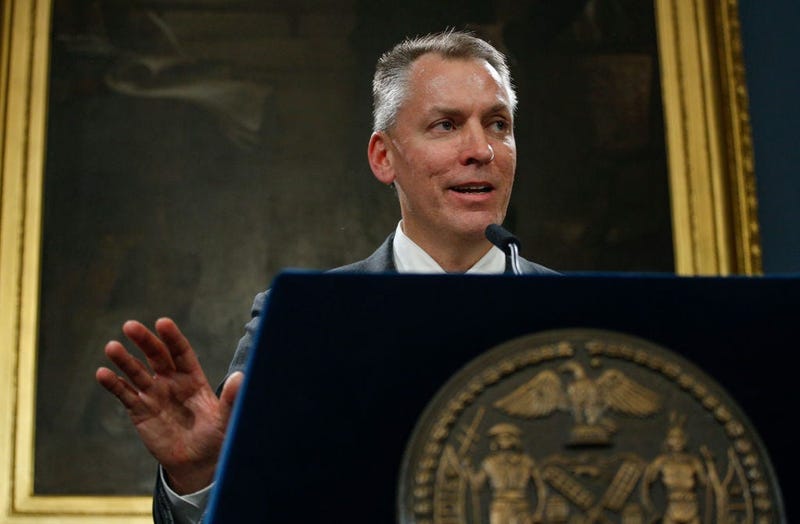 NEW YORK (WCBS 880) — The new NYPD commissioner was in Brooklyn on Thursday to meet with well-known leaders in the Orthodox Jewish community.

As WCBS 880’s Peter Haskell reports, Dermot Shea, the current chief of detectives for the NYPD, was not widely known in the Jewish community when he was appointed the new police commissioner early this month.

With the surge in anti-Semitic hate crimes in New York City, Jewish residents were worried about what Commissioner Shea could do to quell their fears.

“When I have to park my car a block or two away, I actually run home,” said Davorah Halberstam, founder of the Jewish Children’s Museum.

She attended the meeting with Shea and says she feels the new commissioner is committed to the problem, but she is looking for answers.

“Please tell us, what are you going to do about this? Please tell us what your response will be. Please help us, because we are not safe,” she said.

Halberstam’s son, Ari, was 16-years-old when he was murdered in an anti-Semitic attack in March 1994.

The teenager was killed on a ramp approaching the Brooklyn Bridge when Lebanese immigrant Rashid Baz shot at a van transporting a group of 15 yeshiva students. Three others were hit.

Halberstam founded the museum in her son’s memory and told WCBS 880 on the 25th anniversary of his death that she “will never be free” of grief from losing her son.