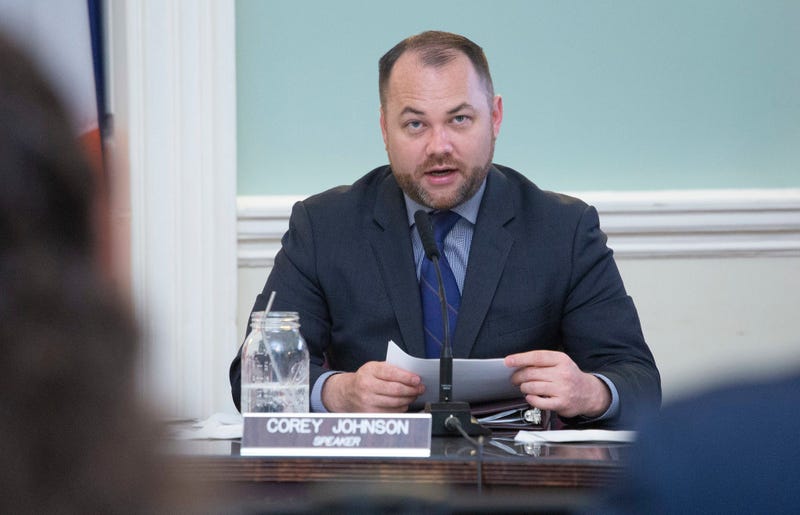 Chanting "housing is a human right," they stood on the steps of City Hall on Monday, demanding the state invest $3 billion for public housing statewide.

Approximately $2 billion of it would go to the New York City Housing Authority and $500 million would go to fighting evictions and homelessness.

"Promises don't fix boilers. Promises don't patch leaky roofs. Promises don't remove lead paint. NYCHA residents don't need more promises, they need money," said Johnson. "The city can't do it on our own, we can't put up all the money on our own. We put up a lot of money, we should put up more, but we need a state partner to put up money with us."

Public housing is vital to addressing homelessness, both in the short- and long-term. Today, I proudly stood with advocates to demand that the State provide NYC’s public housing system with the money it desperately needs. pic.twitter.com/QKolyzddzL