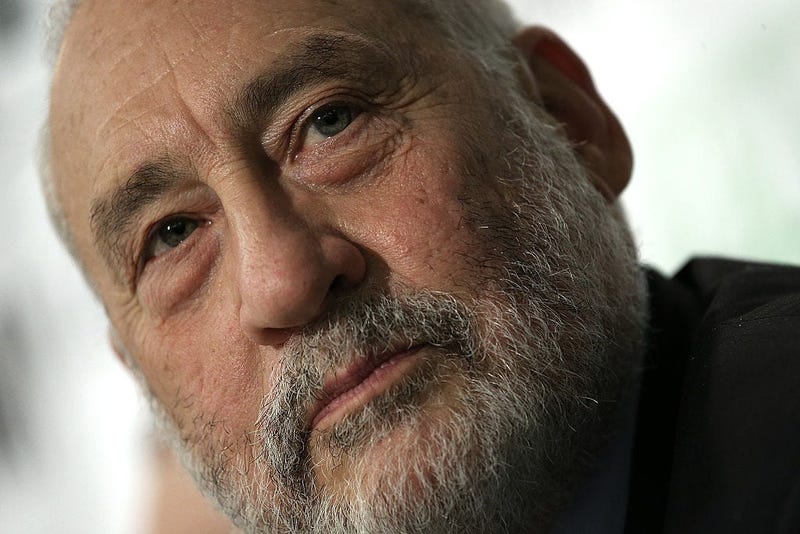 NEW YORK (WCBS 880) — How much will the coronavirus crisis hurt the average American's finances? Are millions of Americans one missed paycheck away from financial ruin?

For the answers to these questions and more, Steve Scott got on the phone with Nobel Prize-winning economist Joseph Stiglitz of Columbia University.

We’ve always heard that many Americans are one, or maybe two paychecks away from financial ruin. Is that what we’re going to see here?

The data illustrates how precarious so many Americans are. Very large fractions have less than $500 in the bank account, so if they miss one paycheck, they can’t buy food, they can’t pay the rent. Because of the coronavirus, they’re going to be missing a paycheck. People expect that the unemployment rate may shoot up to 20%, even more 30%, and we don’t know whether our unemployment insurance systems are capable of getting out the checks in a timely way. America has one of the poorest unemployment insurance systems in the advanced world, so there are a lot of people who are not covered.

The government wants to send out checks. What would you advise? Do we spend the money right away or save it for a rainy day?

I think to the extent that people can, they should probably be very cautious. I know a lot of people will find this difficult, but if their income isn’t there, they may be eligible for food stamps and there may be a moratorium on evictions, and foreclosures, and rent payments, and credit card payments. Unfortunately, Congress is not doing what I would have done, which would have been to say, here’s $2,000 upfront, but if the crisis goes on for more than four weeks, six weeks, there will be a second payment coming down. They haven’t set it up that way. All they’ve done is to give a one-time check and let people hope for the best going down the line. So that makes me suggest a degree of caution.

Some people have said, you know what, I better get my money. I better go to the bank and take out cash. Do you foresee a possible run on banks? Should we run and cash out and hide it under a mattress?

No, I think that is among the least likely outcome. Everybody’s money, all the banks have federal deposit insurance (FDIC) and that means as long as you have less than something like $250,000 in the bank, you don’t have to worry about that. The government will honor your banking account. So that is not a worry, and it is very easy for the government to speed up the printing presses. Of all the concerns, that’s low on my list.

No, I don’t. The economy wasn’t really in strong shape before this. Most forecasters were seeing a March slowdown, growth under 2%, and worrying about the low levels of investment. It was really striking how poorly the economy was functioning, given the magnitude of the stimulus that the 2017 tax bill provided. And within that tax bill, tax rates were set to go up for a large fraction of Americans because they were being asked to pay for tax cuts for corporations and the billionaires. So, a lot of us did not see the economy in great shape before the crisis. Now, the problem is balance sheets, both of individuals and corporations, will have been eviscerated, there will be a high level of uncertainty, confidence in the administration has been eroded. The question is, will people be willing to do investments under these uncertain circumstances? I think people are going to be very cautious. I think we’re not likely to see that recovery that people always hope for.

Will this rival the Great Depression?

In many ways this will be worse than the 1929 downturn. It's a much steeper punch downward. We had the ideas then about how to get the economy going again, it was just a lack of aggregate demand. The New Deal set out a set of principles of how to restimulate the economy. We didn't do it fully, there was excessive concern even among many Democrats, about budget deficits. And that downturn started in September 1929, we didn't fully recover because of that hesitation about deficits until World War II. But this is a much steeper plunge and it's not just about restoring aggregate demand. It's not stimulus right now we need, the problem isn't lack of demand, it's that people can't go to work because of the fear of the virus and what we need is massive social protection. America has the weakest social protection of almost any of the advanced countries and so we're having to patch in a kind of social protection system on the fly and it's going to be really hard and that means the recovery is going to be very difficult.

Stiglitz has a new book, "People, Power, and Profits: Progressive Capitalism for an Age of Discontent," will be out in paperback next month.