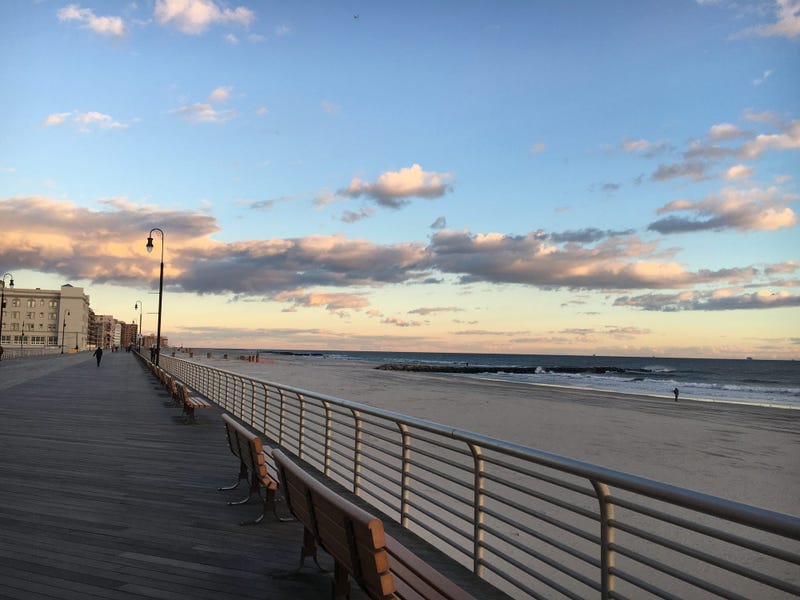 LONG BEACH, N.Y. (WCBS 880) — Beaches were briefly reopened on Tuesday, with restrictions, after three sharks were spotted off the coast of Long Island on Monday.

Three bull sharks were spotted off of Long Beach in the Town of Hempstead around 11 a.m. on Monday, prompting the majority of Nassau County beaches to close for swimming along the south shore.

On Tuesday, swimming was briefly permitted again until another shark sighting closed the waters indefinitely, shortly before 3 p.m.

Ocean Update: There has been another shark sighting.The ocean is closed until further notice. We will update as more information becomes available.

Nassau County's Nickerson Beach was closed for swimming and no additional visitors were permitted on the beach after the shark sighting on Tuesday.

At 3pm, a shark was spotted at Jones Beach Field 6 – 5 miles from the County’s Nickerson Beach. We've temporarily closed Nickerson for swimming & to additional visitors. We'll reassess in 1 hour. @NassauCountyPD's air patrol is on alert & will continue to monitor the coast. pic.twitter.com/owgt8np55z

Town of Hempstead Supervisor Don Clavin noted swimmers were only permitted to go waist-deep into the water during the morning hours.

He added that there were many more lifeguards on patrol to watch the waters more closely.

Long Beach officials did not note what breed of shark was spotted off the coast on Tuesday.

On Monday, Long Beach's Chief of Lifeguards Paul Gillespie told WCBS 880 that bull sharks can be 14-feet long and have been known to attack humans unprovoked.

"They will attack you, they don't let anything get in their way. With thresher sharks, basically they'll eat because they're hungry, but the bull sharks will attack you," Gillespie said, adding that he went to a seminar two years ago where he learned more sharks would be coming to the Long Island area because the water is warming up.

Marine officials said warmer water and the abundance of food brought the sharks to the area.

No injuries have been reported on Long Island, but a New York City woman did die in a rare shark attack off the coast of Maine on Monday.