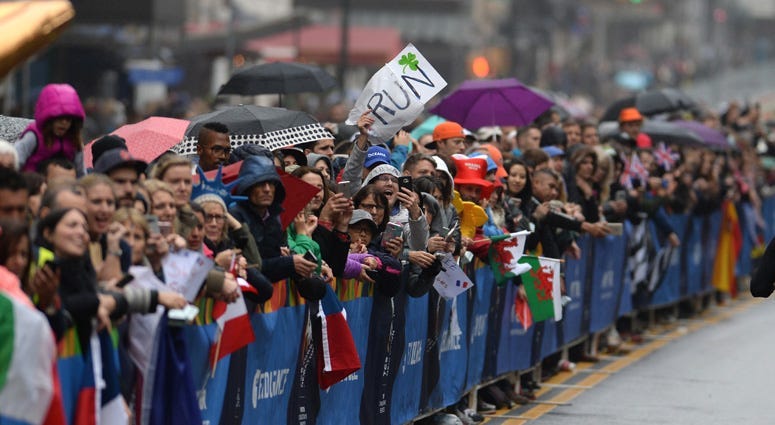 NEW YORK (WCBS 880) — The 49th annual TSC New York City Marathon will take over the city’s streets on Sunday and with thousands of runners on the road, traffic and transit disruptions are expected all day long.

Participants will make their way along a 26.2 mile course through all five boroughs, beginning in Staten Island and ending in Central Park.

Here’s everything you need to know about the event.

What Time Does The Marathon Start?

The marathon, happening on Sunday, Nov. 3, will begin at 8:30 a.m. in Staten Island. Different groups start at different times and the final “wave” of runners will take off at 11 a.m.

Where Can Viewers Watch The Marathon?

There’s tons of ways to watch the marathon in person or at home.

Anywhere along the course is fair game, but there is no viewing area at the starting line or in Staten Island. The official marathon website has details on the best places to watch – including popular spots along Fourth Avenue in Brooklyn.

If you’re looking to watch from home, watch on WABC-TV from 9 a.m. to 2 p.m. or stream anywhere on the ABC App and ABC7NY.com.

What Streets Are Closed?

Meanwhile, the Department of Transportation has released a full list of road closures in all five boroughs here.

Will Subways And Buses Be Effected?

The MTA says buses will be affected by reroutes, detours, and/or frozen zones and customers should anticipate delays.

Additionally, some stations and subway lines may experience higher ridership volumes than usual, in order to prevent overcrowding on stairways and platforms at subway stations, some stairways may be designated as “entrance or exit only.”

Not to forget, there will also be planned subway maintenance work at some stations and subway lines may be rerouted for that.

For all the weekend service changes to subways and buses, click here.