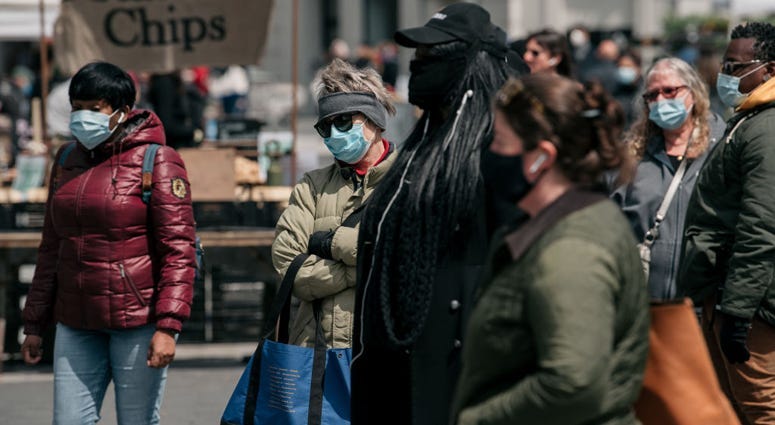 NEW YORK (WCBS 880) — The popular explanation for how New York ended up being the epicenter of the coronavirus outbreak in the United States may not be as simple as it seems.

Gov. Andrew Cuomo has had a short explanation for why New York City has seen the worst of the virus: density.

"Why New York? Why are we seeing this level of infection? It's about the number of people in a small geographic location allowing that virus to spread," Cuomo previously said. "It's very simple, it's about density and the dense environments are its feeding grounds."

But a closer look at the data raises some questions. Staten Island's infection rate is higher than Manhattan's, there doesn't seem to be a corelation with transit use and other dense places haven't seen numbers anywhere near New York's.

"Despite density, other countries that are dense, including Taiwan, South Korea, China, are now able to manage the disease," said Shah.

Even San Francisco, the country's second densest city, managed to flatten its curve with a fraction of the cases per capita.

Dr. Arthur Caplan, at the NYU Grossman School of Medicine, said there was a confluence of missteps at the beginning from equipment, to travel, to testing.

"We failed to pick up the early signals that this was here," Caplan said.

Cuomo has insisted he did all he could.

"There is no state that moved faster then the state of New York," Cuomo said.

His shutdown came when New York had reached 7,000 cases. By contrast, California closed its doors at just under 700 cases and three days before New York.

"Just a few days makes such a big difference," Shah said. "You know, it's hard, this is so outside of our ordinary experience that we can't compare it to something that know."

"Days matter with this virus," Caplan said, adding that while density played a role, it's not the whole story. "If we acted sooner in the city area in the region we would have fewer deaths. That I'm sure of."