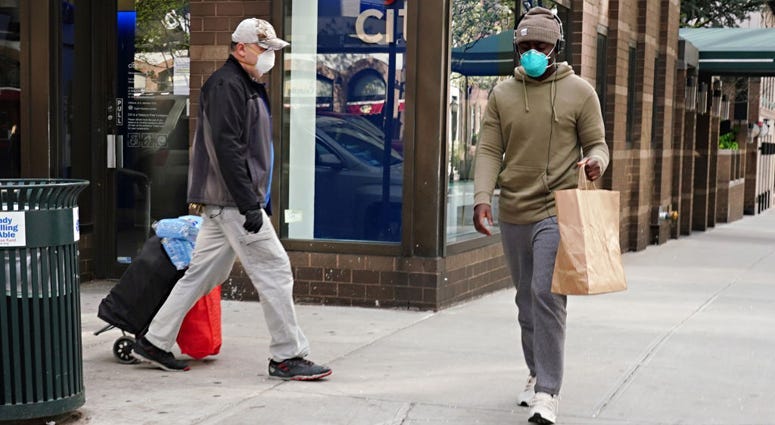 NEW YORK (WCBS 880) -- Health experts are stressing the need to monitor COVID-19 patients to slow the pandemic, but Americans' privacy is at stake.

"We're looking for a quick solution, we're not thinking about privacy issues, necessarily," said Robert J. Strang, a former special agent with the FBI, Department of Justice and the Drug Enforcement Administration. He was named co-chair of the New York State anti-terrorism task force after the terrorist attacks on September 11, 2001.

"If you look back on the Patriot Act and some of the things that we decided we were going to do after 9/11 and then turn back the pages a little bit as time went on, I have a feeling that's the same kind of situation that we're in right now," Strang told WCBS 880 producer Neil A. Carousso.

He is the Chief Executive Officer of Investigative Management Group where he specializes in personal and corporate security and investigations. He believes Americans support tracking in the name of national security.

While the U.S. has not endorsed specific tracing technology, there are a few states looking to develop systems. Researchers at the Massachusetts Institute of Technology launched the "Safe Paths" initiative to use anonymized GPS data and Bluetooth to track interactions and notify people if they've encountered someone who has been infected with COVID-19. Stanford University and Seattle-based CoEpi are working with the MIT team to develop an anonymous standard for contact tracing technology.

Apple and Alphabet’s Google announced last week it will help national, state and local governments launch contact tracing apps to monitor the whereabouts of people who contracted the coronavirus.

China has taken the most aggressive steps to monitor the original center of the outbreak. The Communist Party is tracing the identities of residents who left Wuhan through mobile phone numbers and location data.

South Korea investigators are utilizing smartphone data to find where people contracted the virus. They can make that determination within 10 minutes.

Western Australian lawmakers passed a bill to install home monitors for those under quarantine.

When asked how he would advise the Trump Administration on implementing a contact tracing program, if he were asked, Strang said he would ask those who contracted COVID-19 for "consent."

"I think most people would cooperate and would voluntarily agree to certain restrictions on their freedom," Strang said but stipulated there had to be a set time frame to limit the possibility of government overreach.