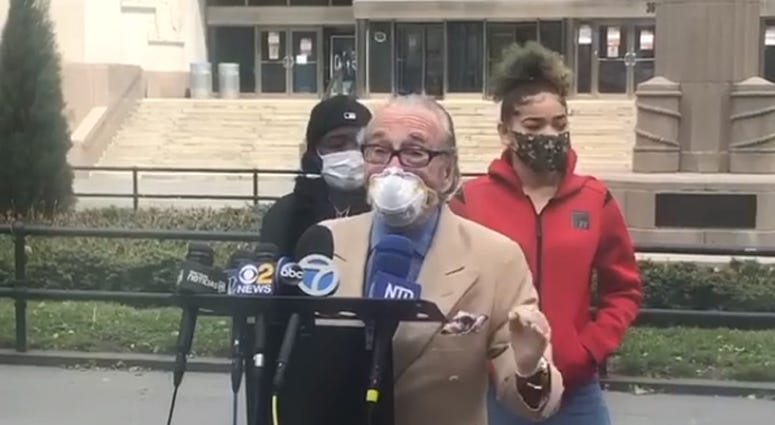 NEW YORK (WCBS 880) — A mother's arrest for not properly wearing a mask in a Brooklyn subway station has triggered a change in NYPD policy.

New York City officers will no longer arrest those who are not wearing masks after the takedown of 22-year-old Kaleemah Rozier in the Atlantic Avenue-Barclays Center subway station was caught on video last week.

"It's very hurtful for me because it was in front of my son, my 5-year-old son, like, he was crying," said Rozier, who is speaking out for the first time about the incident in which six officers are seen wrestling her to the ground and handcuffing her. "I don't understand how could they do that in front of my son."

The video shows Rozier with a mask around her neck, not covering her face.

Authorities say the offices politely asked and Rozier refused to pull her mask over her nose and mouth and threatened to cough on the officers, but Mayor Bill de Blasio says there is no  excuse for the takedown.

"Whatever else was happening in that moment, it's just not right," he said last week.

Police said as the woman was being escorted out of the station, she slapped an officer’s hand away, leading to several officers forcing the woman to the ground and handcuffing her.

#Rubenstein Excerpt of comments of attorney Sanford Rubenstein at press conferance today with his client Kaleemah Rozier in front of Brooklyn Supreme Court regarding actions by NYPD Officers caught on camera at the Barclays Arena subway station in Brooklyn.