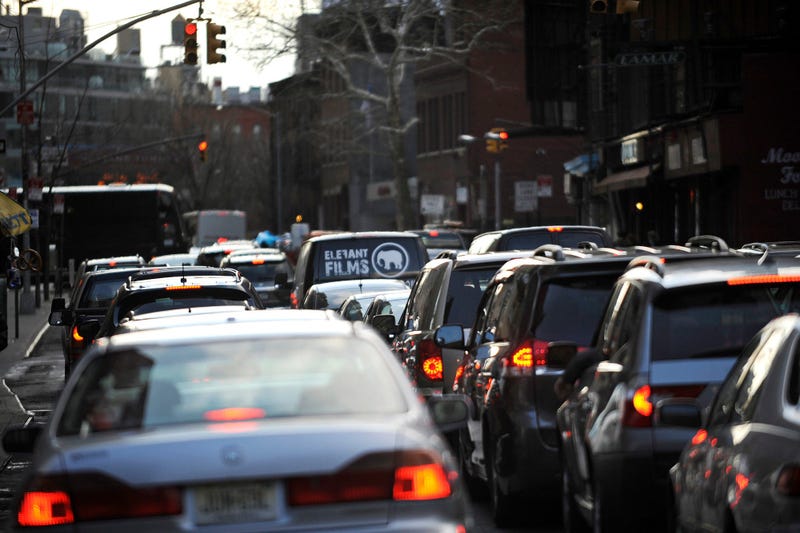 It’s no secret that the looming congestion pricing plan has drivers worrying about their future commutes and how it will affect their wallets.

The official details are still a mystery as New York City officials continue to try to decide on a fee for all vehicle entering Manhattan’s central business district, south of 60th Street.

The Regional Plan Association (RPA) is hoping to shed some light on the confusion and recommended a fee of $6.12 to drive into the heart of the city between 6 a.m. and 8 p.m on every weekday.

READ THE REPORT: “Congestion Pricing In NYC: Getting it right”

It recommends another three options, all of which would be a two-way tolling plan, meaning drivers would have to pay to enter and leave the congestion zone.

A most expensive RPA proposal would hit drivers with a $9.18 toll during peak hours. All plans include a cheaper charge for weeknights and weekends.

Rachael Weinberger, a senior transportation fellow at RPA, says that last high-priced option will truly be the most effective in getting drivers off the road, the stated goal of congestion pricing.

“If I have fewer cars on the road at midnight, it's not going to affect anything. But, if I take few cars off the road at 8:45 a.m., that's gonna make a big difference to everybody,” she says.

Under most plans, trucks would be hit the hardest, paying two and a half times as much as cars.

Luckily, drivers who head down the FDR Drive or West Side Highway, but never turn into Manhattan, wouldn’t pay anything.

The cheaper option is hoping to reduce traffic by 10% and congestion would hopefully drop by 15% with the most expensive option.

The MTA plans to assemble a panel to come up with a congestion pricing plan. It says it will take the RPA’s report into consideration.