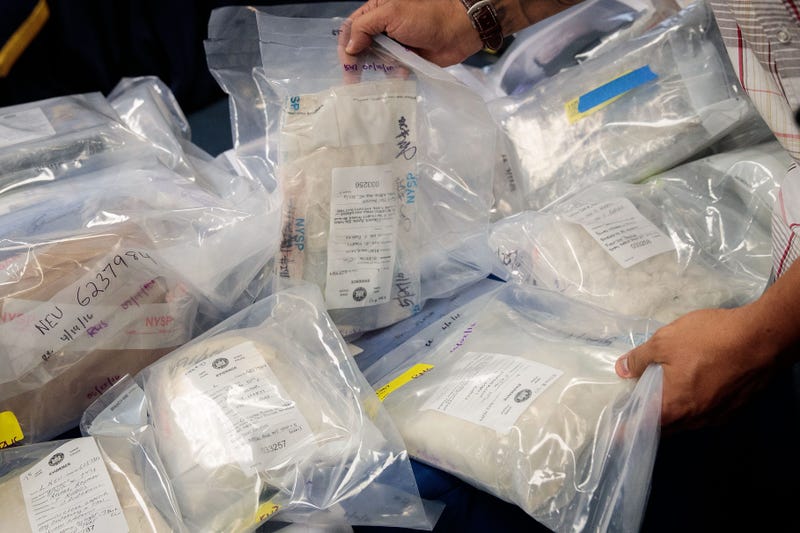 The law is designed to get to the global root of fentanyl entering the U.S. Officials say the powerful opiate comes mainly from China and Mexico and enters the U.S. through places like Kennedy Airport.

“But there is another elephant in the room,” says Congressman Max Rose, who represents parts of Brooklyn and Staten Island, at a press conference Saturday. He says it's the state's new bail reform law, which prohibits judges from setting bail for a long list of nonviolent felonies and misdemeanors.

City Special Narcotics Prosecutor Bridget Brennan says the bail reform law could get in the way of the federal fentanyl law.

There's only one drug felony on which someone can make bail in New York State: major trafficker. It sounds like it would cover a lot of people, but Brennan says it doesn't.

She says three of four defendants allegedly operating a heroin mill in the Bronx are now back on the streets thanks to the bail reforms.

"On Dec. 10, we had been able to indict one person as a major trafficker, because it requires that you have proof of who is a supervisor. Three other individuals, all of whom are citizens of the Dominican Republic, walked out the door.," Brennan said.

The new reforms are designed to benefit low-level, non-violent offenders.

“When it comes to narcotics, that has not been the case,” Brennan said. "These are not low-level offenders, and as we know from so many of the stories we've seen in the newspaper, these are not non-violent offenders," she said.