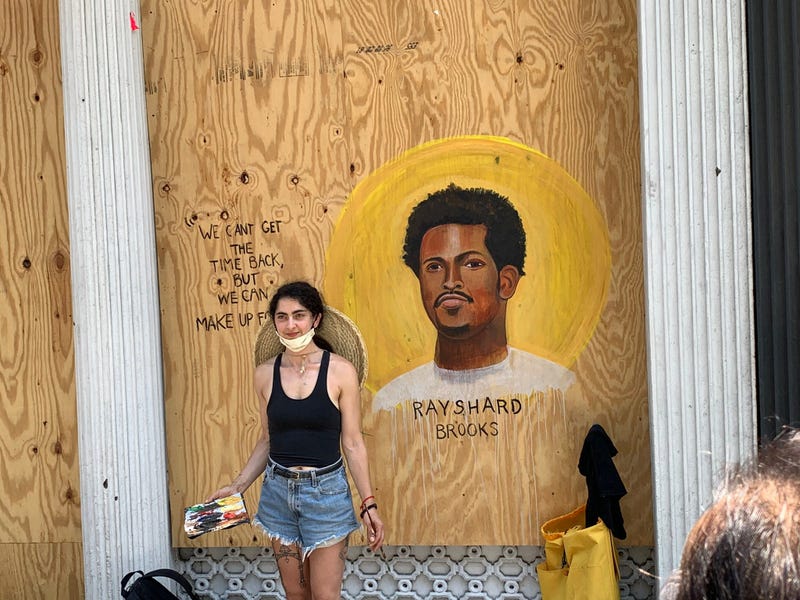 NEW YORK (WCBS 880) – Plywood that first went up to deter looting at SoHo business earlier this month became a canvas for artists Saturday as the stores prepare to open their doors when New York City enters Phase 2 of its reopening on Monday.

Loren Abbate painted plywood that was covering up a window of a store on Broadway.

The plywood, of course, will come down—but the art will live on.

“We hope that this will mark a moment in time, and it'll become a piece of history,” Abbate said.

The artwork that has gone up on plywood across SoHo will be preserved. @sohobroadway partnering with @westwoodnyc to get plywood when stores reopen @wcbs880 pic.twitter.com/dq4aG7RIvA

The local business improvement district, the SoHo Broadway Initiative, is partnering with Westwood Gallery to preserve the plywood artwork.

The executive director of the SoHo Broadway Initiative, Mark Dicus, said the group has made arraignments with several property owners and retailers to save the artwork.

“When they come down, they will contact us and make sure that we can collect them,” Dicus said.

He said there are even talks about an art show featuring the plywood, with proceeds benefiting the artists.

Manhattan Borough President Gale Brewer said art has the power to bind everyone together, even if the canvas will soon be taken away.

“We want the plywood to go, but first we want the art to exist,” Brewer said.