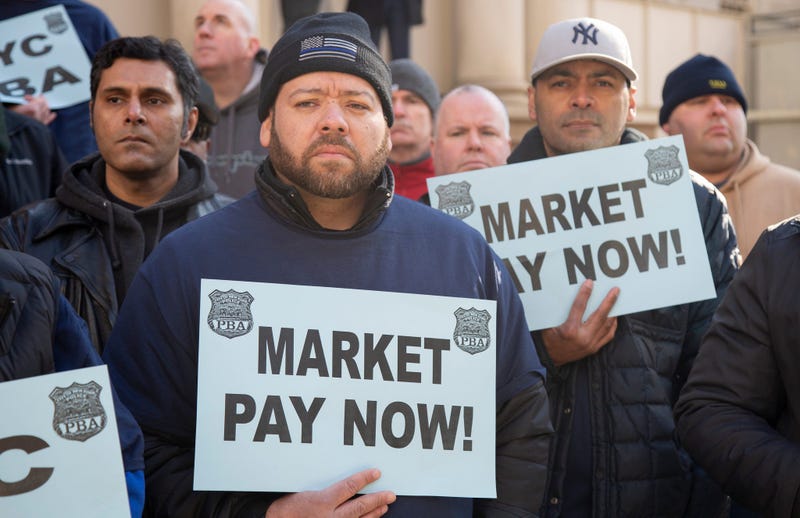 Police union president Pat Lynch arrived with about 300 cops in tow after hearing that 35 of 51 City Council members had signed a letter urging the mayor to give the Patrolmen's Benevolent Association a fair contract.

Later, at a City Council hearing, NYPD Commissioner James O'Neill was asked whether he supports fair wages for his cops and noted he was standing with his officers.

“I've been in this business for a long time and I think you know that and I’m always advocating to make sure that we're able to retain our highly trained, effective police department and we do that to make sure they're being paid correctly,” the commissioner said

The negotiations between the city and the PBA have reached an impasse, the union has applied for arbitration but sources say they would look at any offer the mayor might make.