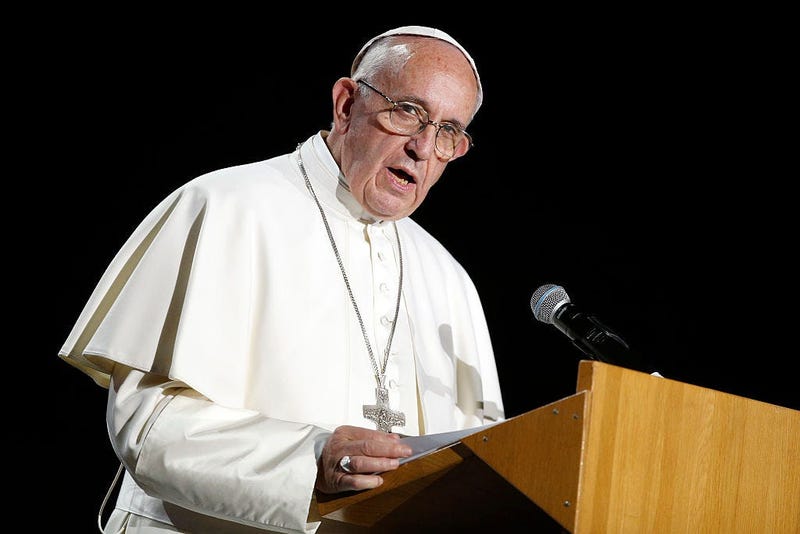 NEW YORK (WCBS 880/AP) — Pope Francis on Friday enacted new legislation to the Vatican’s priest sex abuse policy in order to protect children, but defenders of victims say the change is only symbolic.

The mandatory reporting provision, while limited in scope to Vatican officials, marks the first time the Holy See has put into law requirements for Catholic officials to report allegations of sex crimes to police or face fines and possible jail time.

“They should not be in a position to be able to hide the sexual victimization of a vulnerable population,” said New York sex abuse attorney Laura Ahern.

The law for the first time also provides a Vatican definition for "vulnerable people" who are entitled to the same protections as minors under church law.

According to the new Vatican definition, a vulnerable person is anyone who is sick or suffering from a physical or psychiatric deficiency, isn't able to exercise personal freedom and has a limited capacity to understand or resist the crime.

“It’s a good step in the right direction. However, it's not enough,” Ahern says.

The announcement comes after a 2018 report revealed that the Catholic Church headquarters had no policy to protect children from predators and priests.

"The fact that there's legislation instructs Vatican officials to report crimes against vulnerable people is something that should've been done for decades,” said attorney Jeff Herman.

The new law covers all personnel who live in or work for the Vatican and any abuse that occurs in the Vatican, the 44-hectare city state in the center of Rome and its other territories, as well as the Holy See's vast diplomatic corps.