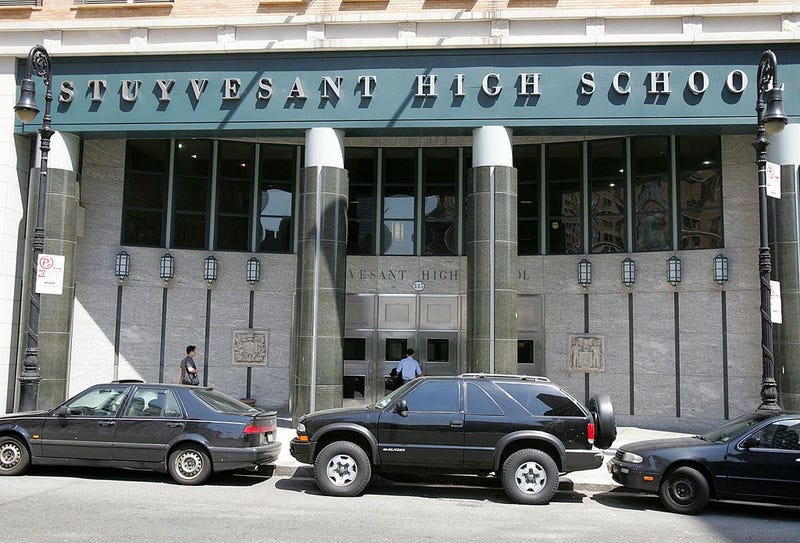 NEW YORK (WCBS 880) — Some locals are calling for the state to  scrap the high-stakes admissions exam for the city’s elite high schools after only a small number of black and Hispanic students were granted spots.

According to WCBS 880’s Rich Lamb, Asian students accounted for more than half of the admissions to New York City's nine elite high schools. Meanwhile, Caucasians accounted for 28 percent, Hispanics were nearly seven percent and black students made up just four percent.

Many blame the pressure to do well on a single exam for the disparities and believe that, to get into Stuyvesant, Bronx Science, Brooklyn Tech and six others, the specialized high schools should look at a student’s entire middle school record.

“This can't go on. You know, there's been a very honest conversation in this city about creating more diversity in our schools. Here are some of the single worst examples in all of New York City and they're among our best schools,” the mayor said. “These schools create the future generation of leaders in all parts of this city's life, and right now, the classes just don't look like the children in New York City. It's not right. It's not fair.”

Schools Chancellor Richard Carranza also joined the call to eliminate the test and base admissions on middle school rank and state test scores.