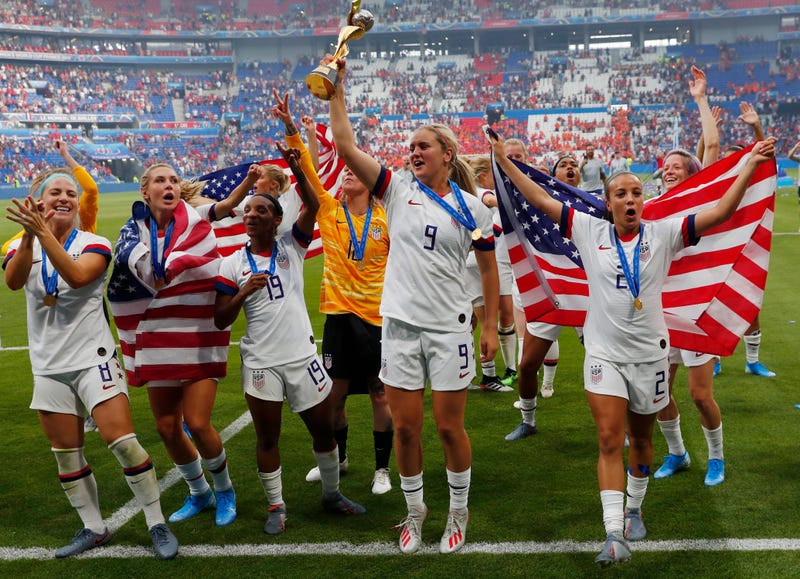 It was a reminder of the fight that’s still ahead for the world champion women.

Suzanne Goldberg, of the Columbia Law School’s Center for Gender & Sexuality Law, says there’s a significant disparity between the women’s and men’s teams when it comes to pay, as well as things like travel, equipment and training facilities.

The women sued U.S. Soccer in March, alleging gender discrimination and a denial of equal pay for equal work.

U.S. Soccer said any difference between the two teams is because of a difference in revenue generated by the teams, among other factors.

“In this case, clearly that is not true,” Goldberg said. “The women’s team has been for some time now outperforming the men’s team.”

Even though the women’s success has shined a light on this, Goldberg says they should have to win World Cups to make their case.

“The women’s team does not need to outperform the men’s team to be entitled to equal pay for their equal work,” Goldberg said.