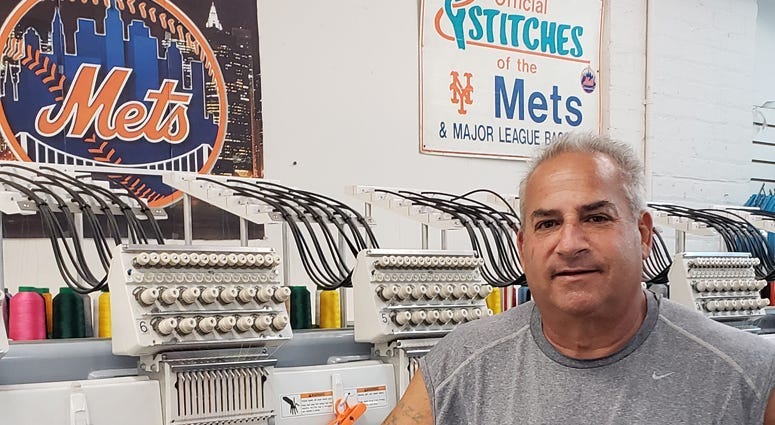 When the Mets called minor league infielder Doug Saunders up in 1993 to start a brief 23-game major league career, it launched a business partnership between the organization and Russ Gompers that’s over a quarter-century old.

As the owner of Stitches, which does embroidery and silk screen work for athletic uniforms from Little League to the pros, Gompers’ company sews the name and number on Mets uniforms whenever they add a new player. Upon Saunders’ call up, the former Mets embroiderer couldn’t be reached, so then-team equipment manager, Charlie Samuels, contacted Gompers.

“If you take care of me on this I’m going to give you all my work,” Gompers recalled Samuels saying.

As a lifelong Mets fan who attended games for years with his late father, Charlie, Gompers’ Mets relationship is a match made in sewing heaven.

“It’s like a dream come true,” said Gompers, 61, a Flushing, Queens native and Bayside resident who operates Stitches in Whitestone. “It’s awesome. I absolutely love it. I bleed orange and blue.”

After owning a sporting goods store, in 1991 Gompers started Stitches, which also embroiders uniforms for the Islanders the last several years and the Yankees the last three seasons.

“The Yankees is simple,” Gompers said. “It’s just a back number. One color.”

Stitches’ biggest client is the Fire Department of the City of New York, Gompers says, for whom they apply name plates on coats and “FDNY” on golf shirts.

“I hated retail but I found my niche doing team uniforms,” said Gompers, who has seven employees, among them three women at sewing machines doing embroidering. “I consider myself like a big, small business." 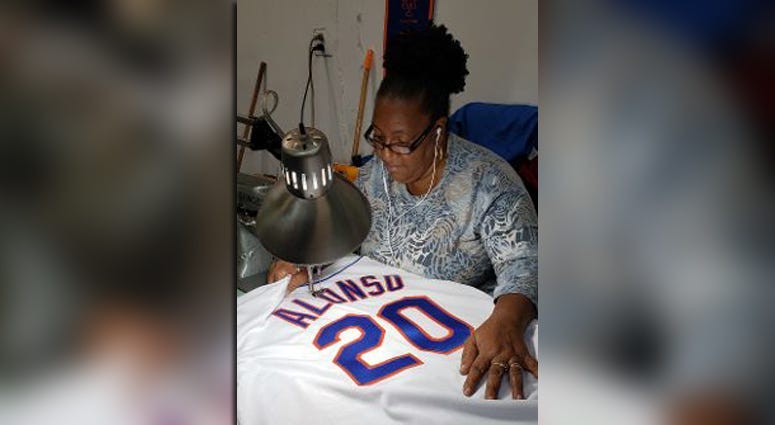 Whenever the Mets get a new player, they provide Stitches a jersey to apply a name and number, sometimes on very short notice. No shorter than when outfielder Brett Butler was traded from the Mets to the Dodgers between games of their doubleheader against each other in 1995.

“He wanted a really loose sleeve,” Gompers said. “So we had to open the sleeve up and make it wider because he didn’t want anything tight there.”

Some Stitches assignments are most memorable, Gompers says. After 9/11, manager Bobby Valentine’s right uniform sleeve was given a “USA” patch between two saying, “9-11-01,” each flanked by two American flags. 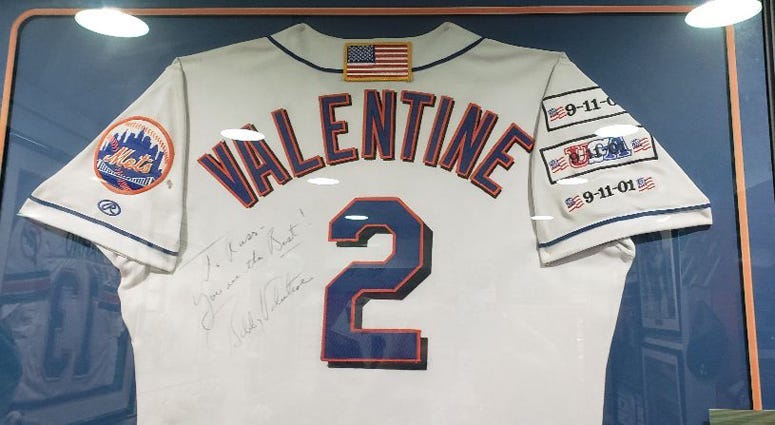 When the Mets traded for Piazza in 1998, Gompers was away from work but his staff waited for him to personally handle stitching honors for No. 31.

“I get the call, ‘Russ, the Mets just got Piazza!’ Gompers remembered. “They didn’t want to do it. They waited for me to come back and I did Piazza’s first jersey. That was definitely the most exciting one for me.”

That 1998 season, the Mets traded Greg McMichael to the Dodgers before reacquiring him the next month, when Gompers rushed to pick up the reliever’s blank jersey.

“I’m on my way to Shea and I get pulled over by a cop,” Gompers said. “And I tell the cop I work for the Mets. I figured that’ll get me out of a ticket. This guy knew nothing about sports. He really didn’t give a (blank),” Gompers joked.

When the Mets opened the 2000 season against the Cubs in Japan, Gompers joined them, but new uniforms needed during road trips typically are done by the home team’s embroiderer. During a Dodgers visit to New York, they were apprehensive about Stitches properly spelling infielder Mark Grudzielanek’s name.

“We’ve done (Jason) Isringhausen and all these crazy names,” Gompers said the Dodgers were assured. “We can do Grudzielanek.”

Even if for a youth team’s apparel, one quality makes Stitches so good at what they do, Gompers says.

Gompers’ dad died Oct. 3, 1986, just before the Mets opened the playoffs. Attending Game Six of the World Series against the Red Sox, with two outs in the ninth inning and the game tied, Gompers says he spoke to Charlie, with whom he shared many Mets victories.

Still playing in an Over-60 softball league, Gompers says as a teen he’d help design his team’s uniforms, which always matched head to toe, including socks and sneakers.

“I always had the philosophy, if you can’t play good you’ve got to look good,” Gompers said. “But thank God, I do both,” he added, laughing.