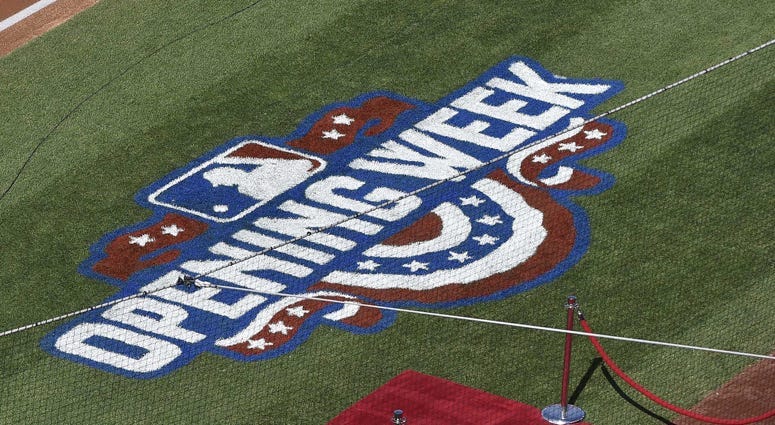 For Mets history, you contact the firm of Rose, Cohen and Horwitz.

For Metsellaneous, these three Met savants shared their most enduring opener recollections, listed below chronologically.
1968 at Shea, Mets 3 Giants 0: “Rookie Jerry Koosman shuts out the Giants 3-0,” Rose said. “In the first inning, the Giants loaded the bases with nobody out. Koosman struck out Willie Mays, got Jim Ray Hart to foul out to Jerry Grote, and then he struck out Jack Hiatt. It was the first opener of any kind that the Mets ever won.” As Rose would say, “Put it in the books!”
1969 at Shea, Expos 11 Mets 10: “Interesting enough, the one that stands out the most is a game the Mets lost,” Cohen said. “It was the first ever game in the history of the Montreal Expos. It was kind of wild.” This slugfest was capped by Coco Laboy’s three-run homer in the eighth off Ron Taylor.
1970 at Shea, Pirates 6 Mets 4, ten innings: The Mets opened 1970 on the road, but Rose recalls that season’s home opener for a special reason. “I spent nearly six months anticipating the World Champion Mets’ return to Shea Stadium, when that beautiful pennant would be raised up the flagpole,” he said. “It was a miserable day; chilly, drizzly and downright uncomfortable. The pre-game ceremonies were fabulous, but the Pirates beat the Mets in extra innings as Bob Robertson hit a decisive homerun off of Tug McGraw.”
1971 at Shea, Mets 4 Expos 2, 5 inns: “I also remember (Tom) Seaver in ’71 pitching in the snow,” Cohen said of the Hall of Famer’s weather-shortened win. Indeed, The Franchise’s 6-0 record and 11 starts are Mets opening day records.
1975 at Shea, Mets 2 Phillies 1: “Probably the best one he ever started was in ’75 when he threw a complete game,” Cohen said of Seaver’s one-run gem.
1983 at Shea, Mets 2 Phillies 0: After being infamously traded to Cincinnati in 1977, Seaver returns to the Mets and turns back the clock at age 38, his six shutout innings outdueling Steve Carlton. Doug Sisk wins in relief. Shea was filled with emotion, starting with Seaver’s pregame walk from the bullpen to the dugout. “Never forget him waving to the crowd,” Horwitz said.
1985 at Shea, Mets 6 Cardinals 5, ten innings: Carter’s Met debut is capped by his dramatic, walk-off homer against ex-Met Neil Allen. “Crowd went crazy,” Horwitz said. “It was the beginning of an excruciating pennant race with St. Louis, which the Cardinals would win by three games.” Rose said. “But if Darryl Strawberry hadn’t missed six weeks with a torn ligament in his thumb, the Mets’ second world championship might have come a year earlier.”
1987 at Shea, Mets 3 Pirates 2: “The Mets raise their second world championship pennant under somber circumstances,” Rose said. “Dwight Gooden was at the Smithers Institute in Manhattan in the early days of his rehab following his positive test for cocaine use, rather than on the mound at Shea. Darryl Strawberry hit a home run as the Mets beat the Pirates. But it was a very special day for me personally. I began my Mets broadcasting career that day as the host of the new pre and post-game show, Mets Extra (on WFAN).”
1992 at St. Louis, Mets 4 Cardinals 2: “Bobby Bonilla hits two homeruns including the game winner in the tenth (off Lee Smith),” Cohen said. “Probably a highlight of his Mets career.”
1994 at Chicago, Mets 12 Cubs 8: “Tuffy Rhodes hits three homers against Gooden,” Horwitz said of the outfielder who totaled only 13 homeruns in parts of six major league seasons. Gooden still won. “Jeff Kent goes 4-for-5 with four RBI’s,” Horwitz added.
1998 at Shea, Mets 1 Cubs 0, 14 innings: This marathon finally ended on a game-winning single by Alberto Castillo, who hit just .220 in 12 big league seasons. “It was 81 degrees at game time,” Cohen said. “And by the time the game was over it was about 55 degrees.” Of this March 31 marathon, “Latest we ever were for opening night dinner,” Horwitz joked.
2004 at Atlanta, Mets 7 Braves 2: “Kaz Matsui, first pitch from Russ Ortiz, hits it over the centerfield fence,” Cohen said. “Which was kind of a nice way to start his major league career, and probably was his Mets highlight.”
2015 at Washington, Mets 3 Nationals 1: At age 42, winner Bartolo Colon allows one run in six innings, outpitching Max Scherzer. Horwitz recalls much debate over whether Colon should’ve started the opener. “Old man proves he still has it,” Horwitz said.

Entering 2019, the Mets have won four straight openers. Historically, to what does Cohen attribute their uncanny opening day success? “Absolutely nothing,” he quipped. “It’s dumb luck and all happenstance, but it’s a pretty nice note. It doesn’t mean anything but it’s pretty remarkable.”

What’s your most memorable Mets opener? Tweet it @JoeyWahler.