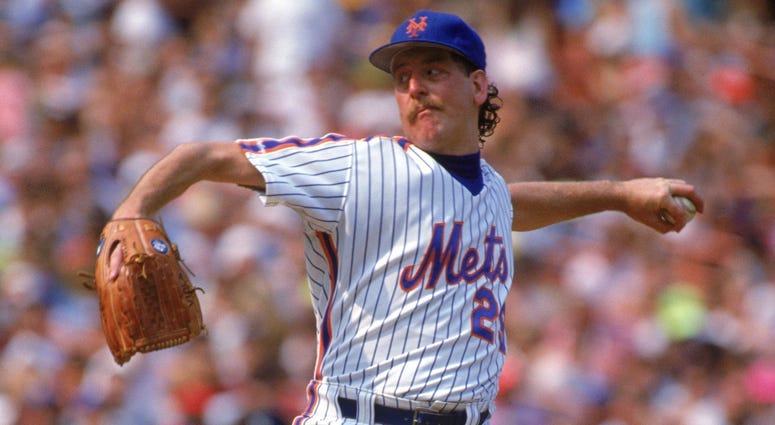 “Couple of old ladies saw an article in the paper in Minneapolis that said, ‘Viola plays sweet music against the Tigers,’ or something,” Viola said. “And honest to God, they called Chris Berman. This is before cell phones. They called the ESPN studio, talked to Chris and said, ‘We have a better nickname for Viola.’”

Despite going 11-25 his first two years for the struggling Twins, Minnesota’s owner showed faith in the tall lefty.

“Those two years were very special,” Viola said. “And the funny part about it is, two of my three kids were born on those years. In ’87 Brittany and in ’88 my daughter, Kaley were born. So my three best years out of the four that I really, really had great years were after each of my kids were born. So I think that had something to do with it too.”

In 1990, Viola won 20 games for the Mets in a rotation with Doc Gooden, David Cone, Ron Darling, Sid Fernandez and Bob Ojeda. Yet they somehow missed the playoffs.

“We had nobody to blame but ourselves,” Viola said. “Between the white lines we just did not play as a team and Pittsburgh did, and that’s why they beat us. But it is a shame because you’re right, that talent we possessed was crazy.”

After being a Mets minor league pitching coach through last year, Viola is in his first season coaching for the new High Point Rockers in the independent Atlantic League.

“For two years now we’ve been living in North Carolina in NASCAR country,” Viola said. “And this New York accent with the NASCAR guys, it’s a funny mix but it’s working.”