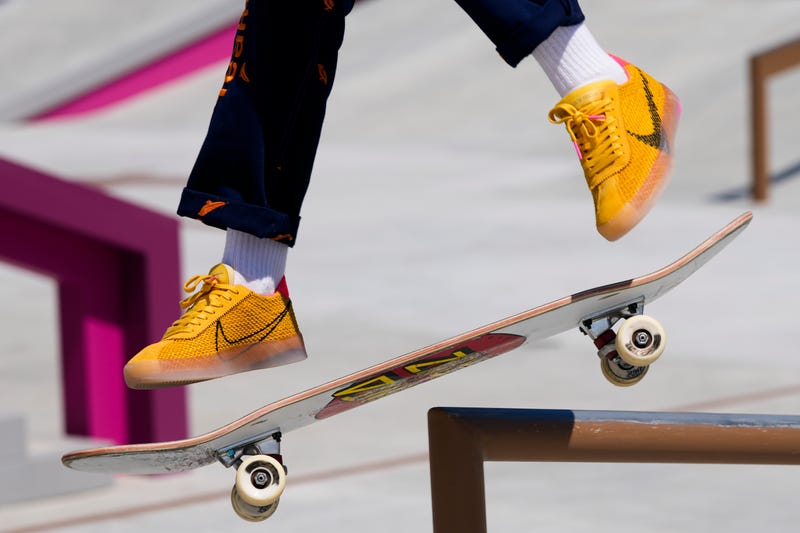 Not tasty Japanese delicacies, but choice morsels from the rich lexicon of skateboarding. The new Olympic sport — competition starts Sunday — comes with a language all of its own.

For skaters, the jargon these athletes use to describe their acrobatic tricks allows them to understand each other, regardless of where they're from. An ollie, for example, is an ollie in Paris, Portland or Perth.

“You can meet friends skateboarding really fast because of that,” says U.S. skater Alexis Sablone. “Even if you can't say much of anything else, you can still skate together and cheer each other on (because) you know the names of the tricks.”

Skate-speak saves time, too. Far easier to say “ollie” than “skating's basic trick where the athlete makes the board take off by pushing down hard on its tail and, once airborne, then levels it out before landing.”

And a nollie? Basically the same trick, with the take-off impulsion applied via the nose. Nose. Nollie. Get it? There's a logic to much of the lingo. Olympic fans will be speaking skating in no time at all.