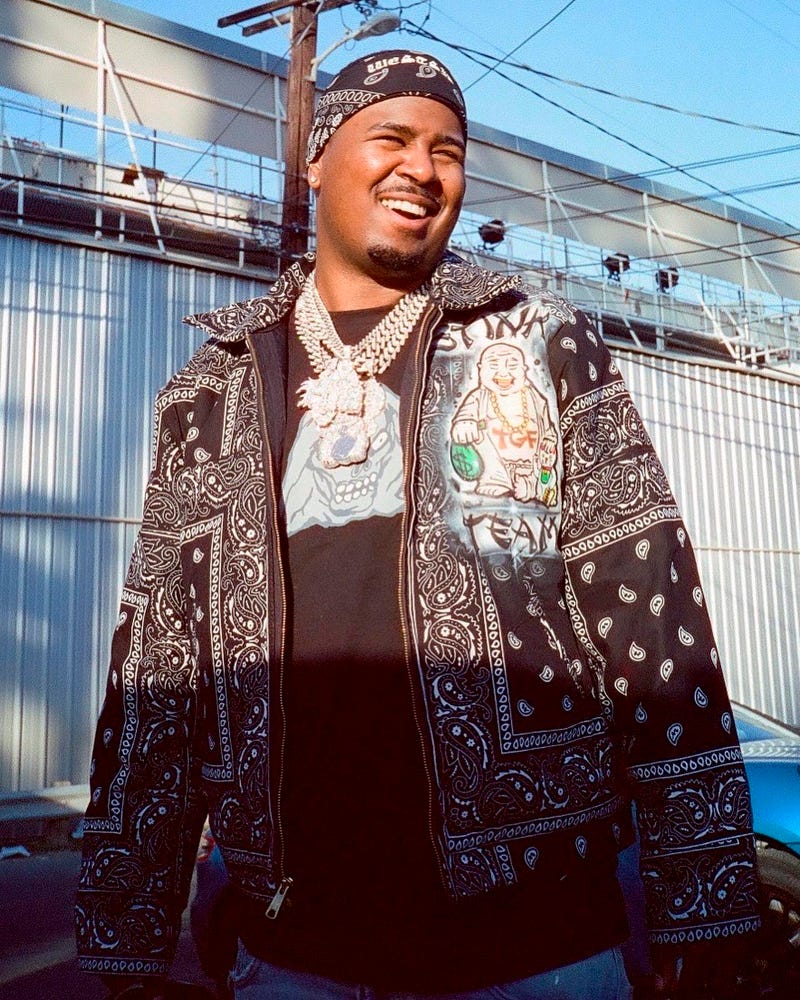 LOS ANGELES (AP) — A lack of security allowed dozens of men to ambush rapper Drakeo the Ruler, who was beaten and stabbed to death backstage at a Los Angeles music festival, his family and their lawyers said Thursday.

Drakeo, 28, an acclaimed West Coast rapper whose legal name is Darrell Caldwell, was stabbed to death on Dec. 18 while he was backstage waiting to go on at the Once Upon A Time in LA festival at Exposition Park, which also featured Snoop Dogg, Al Green and 50 Cent.

Video played at the news conference of the moments leading up to the stabbing, which his attorneys called a “targeted assassination,” showed men in red pouring into into the fenced-off backstage area and attacking Caldwell and his small entourage. No security guards or police officers can be seen. Caldwell, who had knife wounds to his neck, died hours later at a hospital, authorities said.

“Mr. Caldwell was lynched by 40 to 60 people,” said attorney James Bryant. “This would never have happened if those promoters had the proper security protocol. The world lost an amazing artist, a beautiful human being, a father."

The attorneys said that on Monday they will file a wrongful death and negligence lawsuit against the festival's promoters, which include Live Nation and Bobby Dee Presents.

The promoters did not directly address the allegations in response, saying in a statement that “Once Upon a Time in LA joins Drakeo’s family, friends, and fans in grieving his loss. The festival is continuing to support local authorities in their investigation as they pursue the facts.”

Live Nation was also a promoter of November's Astroworld music festival in Houston, at which 10 people were killed and hundreds injured when a large crowd surged during a performance by the rapper Travis Scott.

Police said they are investigating Caldwell's killing, but no arrests have been made or suspects publicly named in the five weeks since.

Music journalists and fans delighted in Caldwell's unique sound, which combined the gangsta rap he was raised on in Los Angeles with an ironic and darkly comic sensibility.

Writer Jeff Weiss, who covered Drakeo the Ruler closely, became friends with him, and witnessed his killing, called him “the West Coast’s most original stylist in a quarter-century.”

After the killing, Snoop Dogg posted condolences to Caldwell's family on social media. “I'm praying for peace in hip hop,” he said.