Unlike most burger chains, Shake Shack does not have any drive-thru locations.

But that is all going to change as the company has announced they will be opening their first restaurants where customers won’t have to get out of their cars to order their meals next year.

It's a natural extension of the burger chain’s plans to make to-go orders easier. https://t.co/BK0wf9HveM

"We want to do it better than ever with an experience that you stay, you drive-thru, whichever you want," Garutti added. “And it's everything Shake Shack has always been, that modern version of that old roadside community gathering place.”

Currently, the chain only has “drive-up” windows at some locations, which require you to place your orders ahead of time via their website or app. 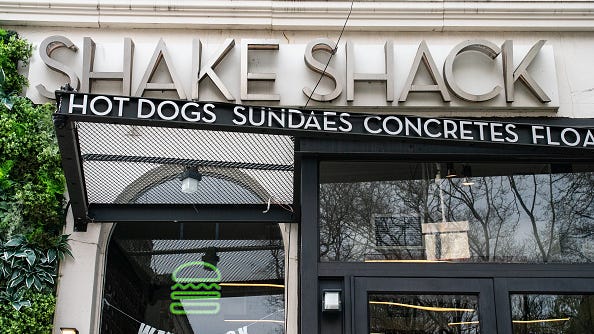 In addition, the company plans to implement “Shack Track,” a new digital system to help customers get their food more efficiently.

“We are looking forward to introducing our first drive thru experience next year, in addition to the roll out of 'Shack Track' in the coming months --our enhanced digital order and pick up solution that includes the ability to order via app or web and pick up by way of curbside, walk-up or drive-up window or in-Shack pick-up shelves,” Shake Shack chief development officer Andrew McCaughan wrote in an email to the outlet.

According to National Restaurant News, Shake Shack allows for curbside pickup through their app at 10 of their more than 275 locations. They plan to expand the service to 50 restaurants by the end of the third quarter, the website noted.

Back in April, the company launched DIY Shack Burger Kits, which featured the ingredients to make 8 Shackburgers at home amid the coronavirus pandemic.

“We’re thrilled to make Shake Shack more accessible during these challenging times and offer our guests the ability to recreate the Shack experience in their own homes,” Mark Rosati, Shake Shack culinary director, said in a statement.