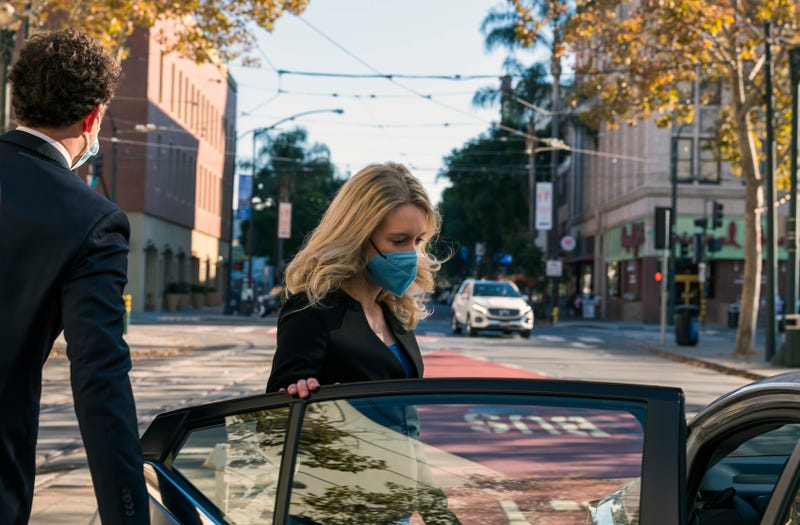 SAN JOSE, Calif. (AP) — Former Theranos CEO Elizabeth Holmes spent another five hours on the witness stand Tuesday sparring with a federal prosecutor aiming to prove criminal allegations that she misled investors, customers, and patients about a flawed blood-testing technology that she spent years touting as a medical breakthrough.

Much of Holmes’ second day of cross-examination by government lawyer Robert Leach mirrored what happened during the first day when she struggled to recall key events that triggered the fraud charges facing her.

As he did last week, Leach repeatedly tried to jog her memory by pulling up her own emails from six to nine years ago, as part of his efforts to persuade a jury that Holmes knew about serious problems with Theranos’ blood-testing equipment, even as she continued to hail it as a major step forward. That pitch helped Theranos raise more than $900 million from investors and strike a deal to roll out its technology in Walgreens pharmacies before its eventual collapse in 2018.

By 2014, Theranos was such a hot commodity in Silicon Valley that Holmes’ controlling stake in the Palo Alto, California, company was valued at $4.5 billion.

Holmes told Leach she couldn’t even remember emailing Theranos investors a glowing Fortune magazine cover story about her in June 2014 that catapulted her to Silicon Valley stardom or giving a July 2013 slide presentation to Walgreens executives that helped Theranos seal its pharmacy deal.

In between her vague recollections, Holmes never wavered from her stance that she firmly believed that Theranos was on the verge of perfecting a blood-testing technology that she began working on in 2003 after dropping out of Stanford University to start the company.

The technology was supposed to be able to scan for hundreds of potential diseases and other health problems with a few drops of blood taken with a finger prick, but never came close to pulling that feat off before Theranos’ failure.

“When I testified we could do it, I fully believe we could do it,” Holmes, 37, said Tuesday. After being challenged by Leach, Holmes then acknowledged, “There was still work to be done.”

The relatively dry nature of Holmes’ testimony during her sixth day on the witness stand contrasted sharply with the vivid and painful memories she laid out for the jury last week. In a potentially pivotal moment, Holmes charged that her former lover and business partner, Sunny Balwani, had subjected her to years of emotional and sexual abuse that adversely affected some of the decisions and choices she made while running Theranos.

Balwani, 56, was also Theranos’ chief operating officer from 2009 to 2016 -- a period during which he was also secretly living with Holmes. The couple broke up in 2016 after a series of explosive articles in The Wall Street Journal and a regulatory audit uncovered a pattern of grossly inaccurate blood results being produced on Theranos technology.

Holmes’ trial is nearing its end now, with the jury expected to begin deliberations within the next two weeks. If convicted, Holmes could face up to 20 years in prison.