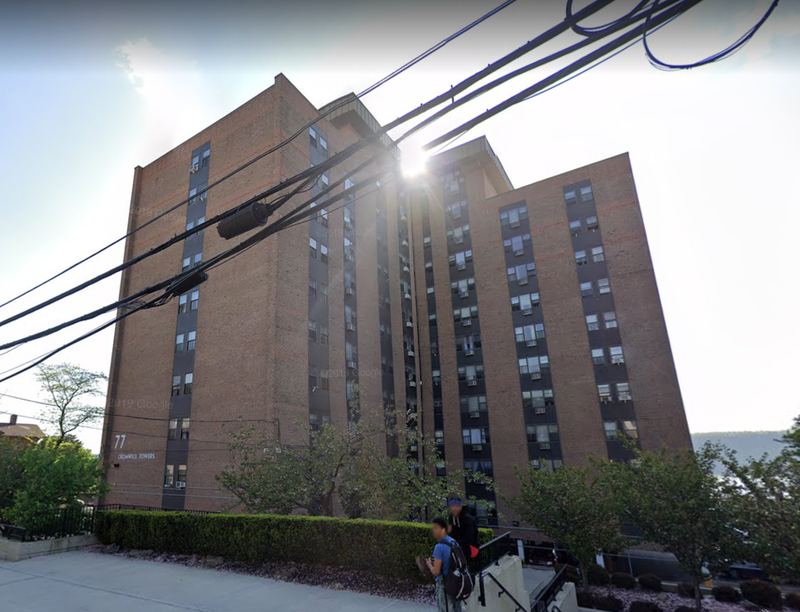 YONKERS, N.Y. (WCBS 880) — Two men were killed in Yonkers when a man leaped from a building and landed on the other person in an apparent suicide, police said Monday night.

A “distraught” 25-year-old man jumped from the roof of a 12-story building at 77 Locust Hill Avenue, according to police.

The man fell onto a parking garage below, where he hit a 61-year-old man. Both men were reported dead at the scene, police said.

“Investigators are interviewing witnesses and family members at this time and reviewing surveillance video,” the Yonkers Police Department said in a statement.

“The incident appears to be a tragic situation and the investigation is ongoing,” the department added. “The City of Yonkers and Yonkers Police Department officers its sincere condolences to the families of both men.”