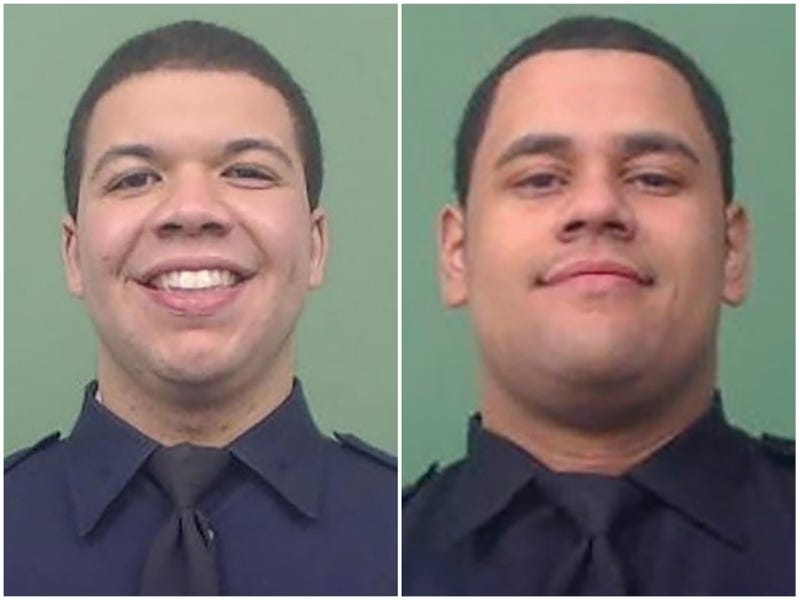 NEW YORK (1010 WINS/AP) -- A New York Police Department officer was killed and is currently fighting for his life Friday night after responding to a domestic disturbance call, city officials said.

The slain officer was identified by the NYPD as 22-year-old Jason Rivera who joined the force in November 2020.

Tonight, we mourn the loss of a hero officer — a son, husband, and friend. Only 22 years old, Police Officer Jason Rivera was murdered in the line of duty. We vow to #NeverForget Jason as his fellow Finest vow to honor his tremendous legacy of service & the ultimate sacrifice. pic.twitter.com/5zsx45XiM4

The man police said fired the shots is 47-year-old Lashawn J. McNeil who was critically wounded and hospitalized, authorities said. Adams said the gun involved in the shooting had been reported stolen in Maryland years ago.

The shots were reported just after 5 p.m. at 119 West 135th St., between Malcolm X and Adam Clayton Powell Jr. boulevards, not far from Harlem Hospital. 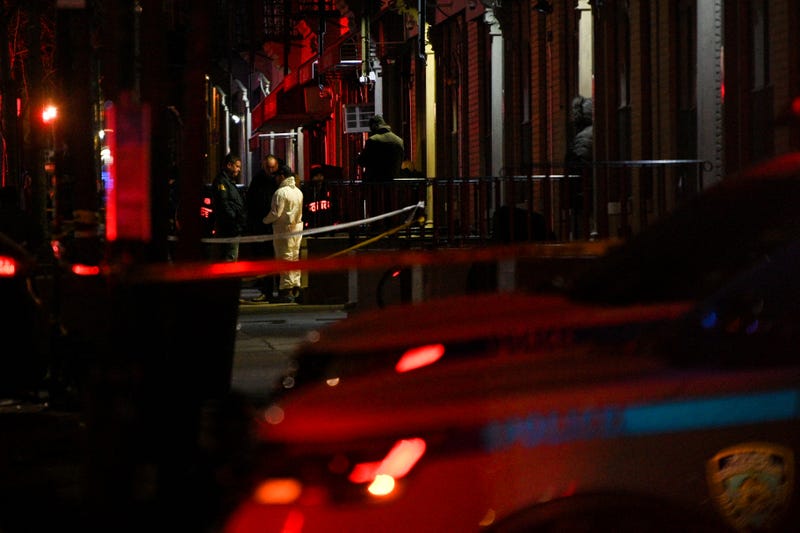 The official said a call had come in of a mother needing help with her son and three officers responded to the ground floor apartment. The Daily News reported that the dispute between the McNeil and his mother began over a diet plan. McNeil had been taking care of his mother after she underwent heart surgery, The Daily News said. McNeil, a vegan, was arguing with his mother over food options in her home.

They spoke to the mother in a front room, and then two officers went to a back room where the son was, and shots rang out, the official said.

Police dispatch audio captured some of the chaotic scene, including an officer screaming for assistance and another officer informing the dispatcher that two officers had been shot. One officer asks for “three buses” or ambulances to the scene and police to block off traffic on the route to nearby Harlem Hospital.

President Joe Biden was among elected officials nationwide who offered condolences and prayers for the officers and their families.

Mayor Eric Adams was at the hospital where the officers were taken after the shooting. The mayor's office announced on Saturday morning that all flags will lowered to half staff in honor of Rivera.

As a mark of respect for NYPD Officer Jason Rivera, who lost his life in the line of duty, all flags shall be lowered to half staff by order of the Mayor of the City of New York, Eric Adams, effective immediately.

Gov. Kathy Hochul also offered prayers, and demanding a stop to the "plague" of gun violence in New York. She touted her administration's efforts to stifle illegal guns from entering New York and said a state of emergency on gun violence was being extended.

"I refuse to allow our cities to be gripped with fear. New​ Yorkers deserve action from their elected officials — and they will get it," Hochul said. 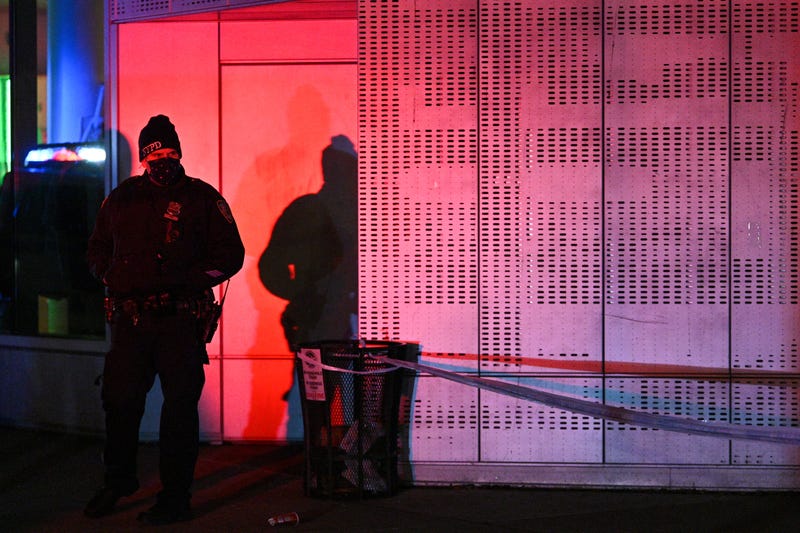 NYPD Commissioner Keechant Sewell also shared comments about the incident on Friday night via Twitter asking for prayers for Rivera and Mora's families.

Tonight, an NYPD police officer has lost his life — murdered — and another is gravely injured. The pain is incomprehensible for their loved ones, fellow officers, and NYC. Pray for the family of our young officer & for his partner who lies in a hospital bed fighting for his life. pic.twitter.com/qEPlVgHUo8

The incident marks the third time this week NYPD officers were shot at, and the fifth this month. One Bronx officer was shot in the leg by a teen days ago, but has been released from a hospital.

Another was also shot in the leg on Staten Island while serving a drug-related search warrant. He was expected to survive, but the wound could be “career-ending,” according to officials.

BIG-TIME #PoliceActivity in #Harlem this evening.

The @1010WINS Jam Cam shows the intersection of Lenox Avenue & 135th Street completely blocked off, and there are other closures locally. 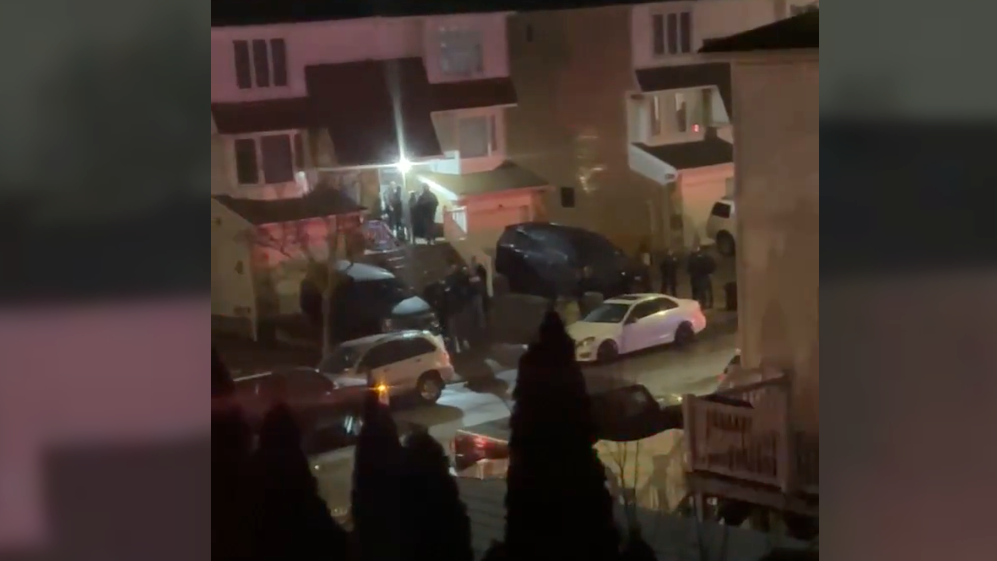 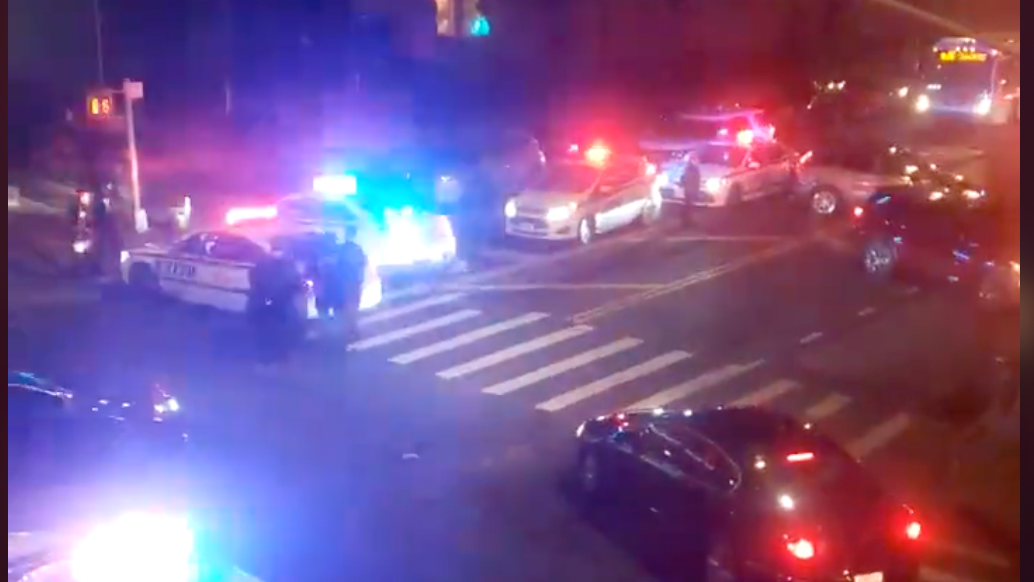