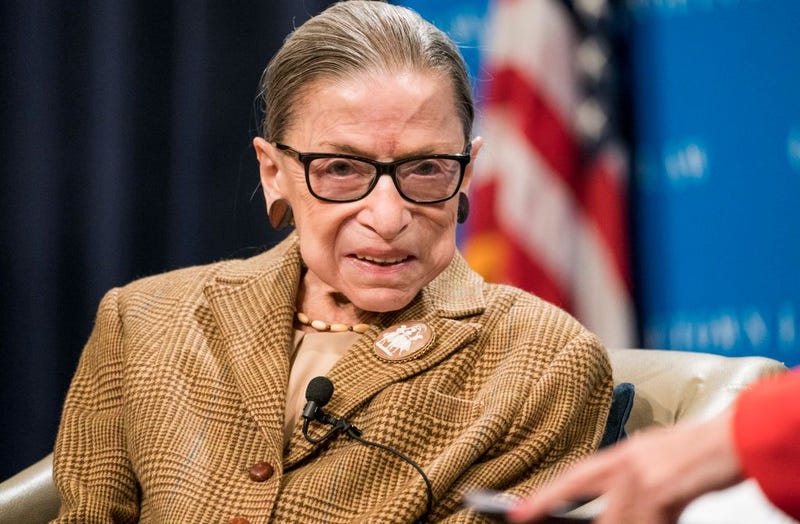 It's the first of two statues planned for New York City in honor of the late Supreme Court Justice and the seventh statue honoring a real woman in the city.

It will be unveiled at the City Point development in downtown Brooklyn just days before what would have been Ginsburg’s 88th birthday.

Artist duo Gillie and Marc designed that statue as part of their "Statues for Equality" series. The two are also responsible for designing and installing 10 other sculptures of women around the city.

Last September, Gov. Andrew Cuomo announced the state would also honor the life and legacy of Supreme Court Justice Ruth Bader Ginsburg with a statue in her birthplace of Brooklyn.

The governor said he would appoint a commission to select an artist and undergo a location selection process. One of the possible locations is Brooklyn Bridge Park on a site overlooking the State of Liberty.

Last summer, the city unveiled its first statue in a series of installments at Central Park to depict real women.

The Central Park statues were created to mark the 100th anniversary of women’s suffrage in the United States. They were created after many realized that the park only had statues depicting fictional women, such as Alice from ‘Alice in Wonderland’ and ‘Mother Goose.’

EDITOR'S NOTE: The original version of this story erroneously reported the Ruth Bader Ginsburg statue will be unveiled in Central Park on Friday. It has been corrected to note the proper location of the statue.