NEW YORK (1010 WINS) — Police are searching for three men who broke into an unlocked Chelsea store late at night and stole thousands of dollars worth of electronics.

The break in took place at a commercial building on 7th Avenue near West 29th Street on Aug. 20 just before 2:30 a.m., according to authorities.

They were able to enter through an unlocked door and made off with about $3,300 worth of electronic equipment, officials said.

They reportedly fled into the West 28th Street and 7th Avenue subway station.

Police are asking anyone with information on the burglary to call the NYPD's Crime Stoppers Hotline at 1-800-577-TIPS (8477) or for Spanish, 1-888-57-PISTA (74782). Anonymous tips can also be submitted on the Crime Stoppers website or on Twitter @NYPDTips. 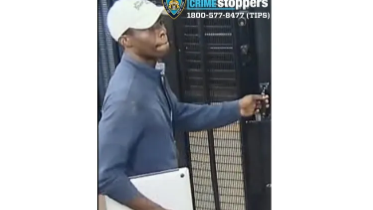