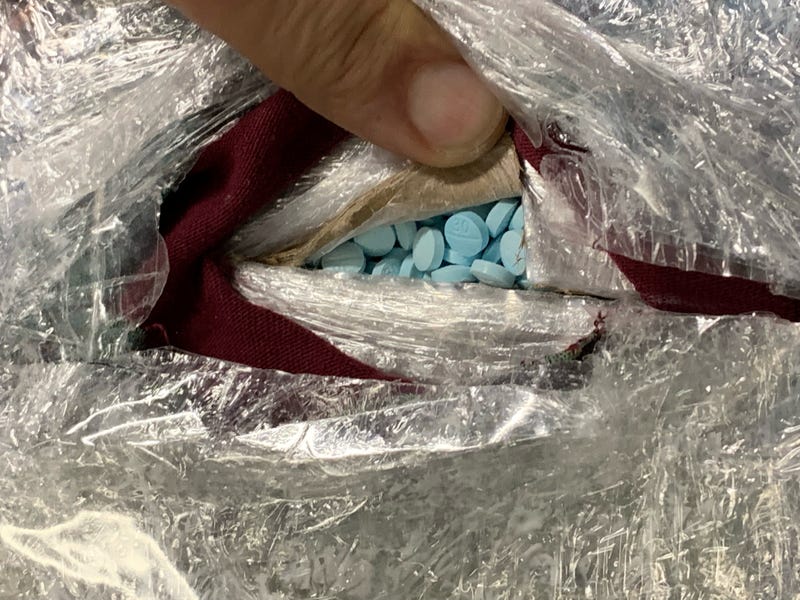 Fentanyl pills recovered. Photo credit Office of the Special Narcotics Prosecutor for the City of New York
By Emily Nadal

NEW YORK (1010 WINS) — Two California men were arrested outside of a hotel near JFK Airport Tuesday after being caught making a sale of 32,000 fentanyl pills, authorities said.

Roodolph Pierre-Lys, 33, and Uriel Barajas-Valencia, 50, were under investigation by the Drug Enforcement Agency when officers spotted the two meeting behind the Hampton Inn Hotel in Jamaica on Tuesday morning, police said.

With a box in his hand, Pierre-Lys was seen conversing with Uriel Barajas-Valencia between two parked cars before he put the box down between them, according to officials.

Investigators were able to then go in and confiscate the box and found four packages, each wrapped in cellophane and cloth. Blue fentanyl pills marked “M 30” were inside of the packages. Pierre-Lys and Barajas-Valencia were then arrested. 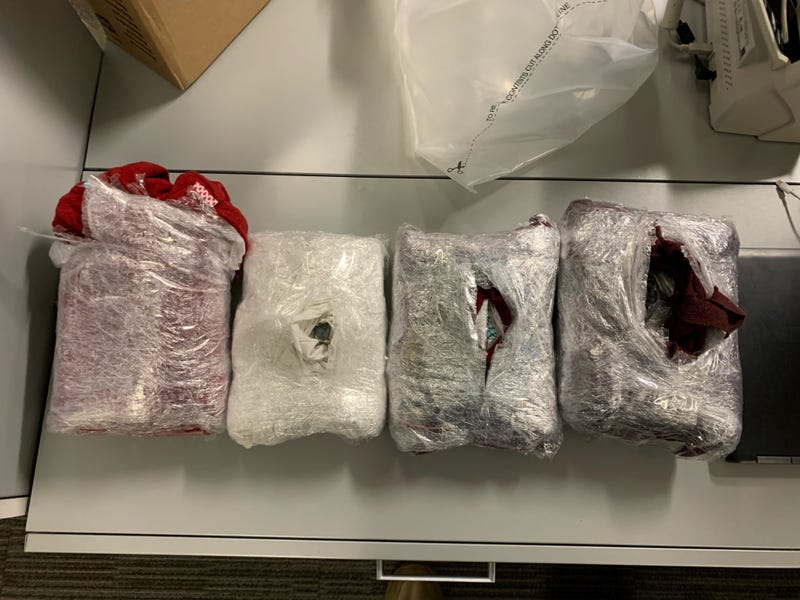 Packages recovered during investigation. Photo credit Office of the Special Narcotics Prosecutor for the City of New York

“The arrests announced today reflect our unrelenting efforts to prevent deadly fentanyl pills from reaching the streets,” said Special Narcotics Prosecutor Bridget G. Brennan. “In recent weeks, working with our law enforcement partners, we have seized hundreds of thousands of fentanyl pills and deprived suppliers of millions of dollars. This seizure, and the arrest of two California-based defendants near Kennedy Airport, highlights our work to save lives.”

The pills have an estimated street value of $1 million. The mens’ bail was set at $50,000 cash/$100,000 bond during their Wednesday arraignment. 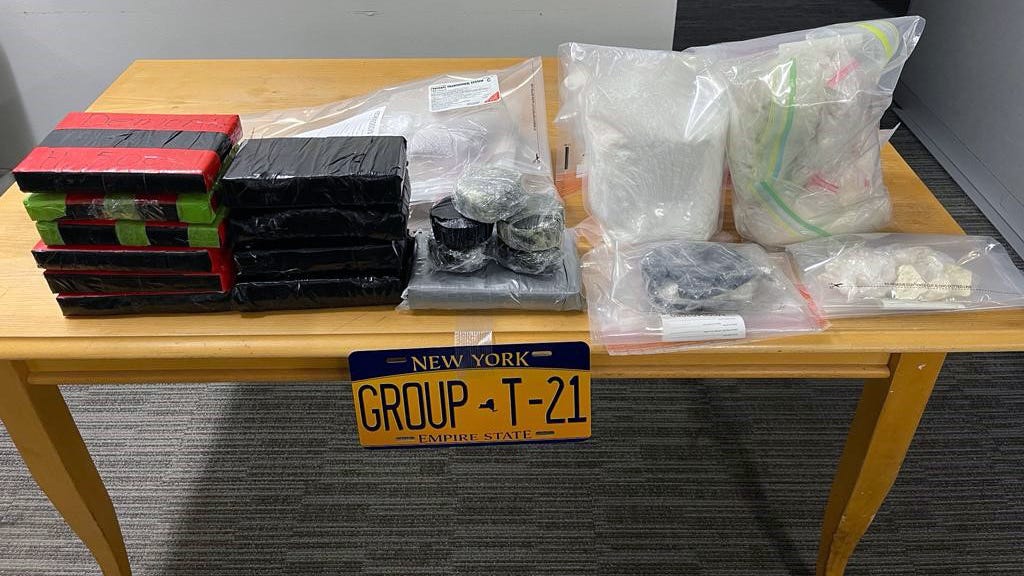 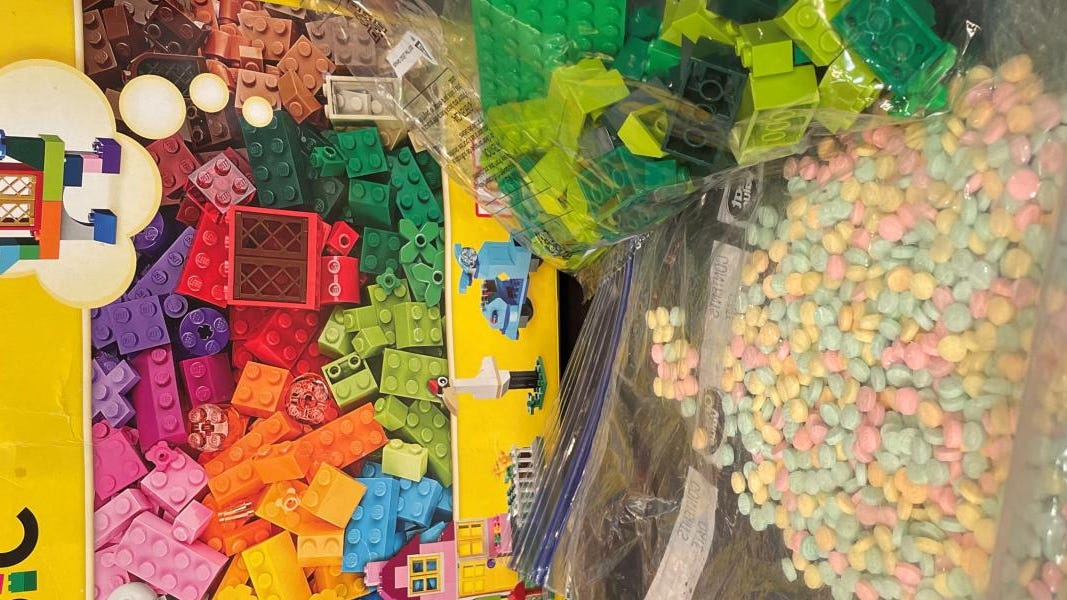