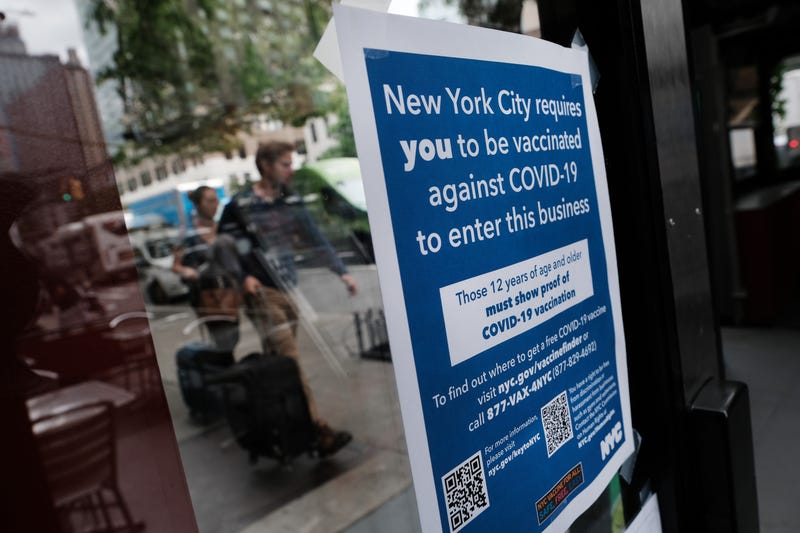 De Blasio made the announcement on the Brian Lehrer Show on WNYC Friday morning.

“As of today, we have now passed a major, major milestone, adults in New York City,” the mayor said. “This is a level that a lot of folks in the medical community say is crucial.”

“This is a big deal, and I hope New Yorkers appreciate that this is because New Yorkers came forward, because we mounted the biggest vaccination effort in the city’s history,” he added.

More than 80% of New York City adults have received at least 1 dose of #COVID19 vaccine.

Let's keep pushing those vaccine numbers up and COVID down: https://t.co/cNSZQW3Wf1

The incentives New York City rolled out, de Blasio maintained, “have had an impact.”

“So, we expect a lot more vaccinations in the coming next few weeks, particularly among younger people,” he said. “Also really important to note on that age range, 12 to 17, we’re almost up to 70% now, and that has happened in really, really fast time, because that’s the most recent group that’s been allowed to be vaccinated.”

City health officials expect that the vaccine will be approved for ages five to 11 “as early as November,” he noted.

“So, big challenges, but I think it’s important for New Yorkers to recognize we could literally end the COVID era and make COVID in effect the equivalent of what we deal with each year with the flu,” he said. “We could do that as early as next year, if we continue this succe