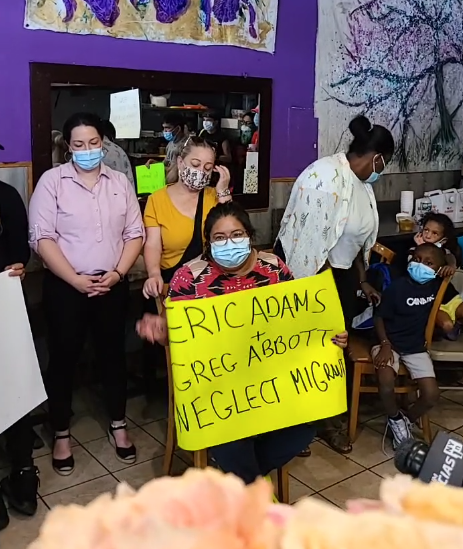 NEW YORK (1010 WINS) — Mutual aid groups that are supporting asylum seekers bussed to New York City from Texas as part of a political spat between Mayor Eric Adams and Texas Gov. Greg Abbott accused the mayor of blocking them from assisting while simultaneously failing to meet their needs.

Newly-arrived asylum seekers and mutual aid organizers spoke at a press conference on Saturday at La Morada restaurant, a business that describes itself as a “sanctuary space” for migrants.

Speakers from groups like Team TLC NYC, Grannies Respond and South Bronx Mutual Aid criticized Adams’ handling of Abbott’s plan, which has included some high-profile photo-ops, but lacked the support necessary to keep asylum seekers safe, according to the mutual aid groups. 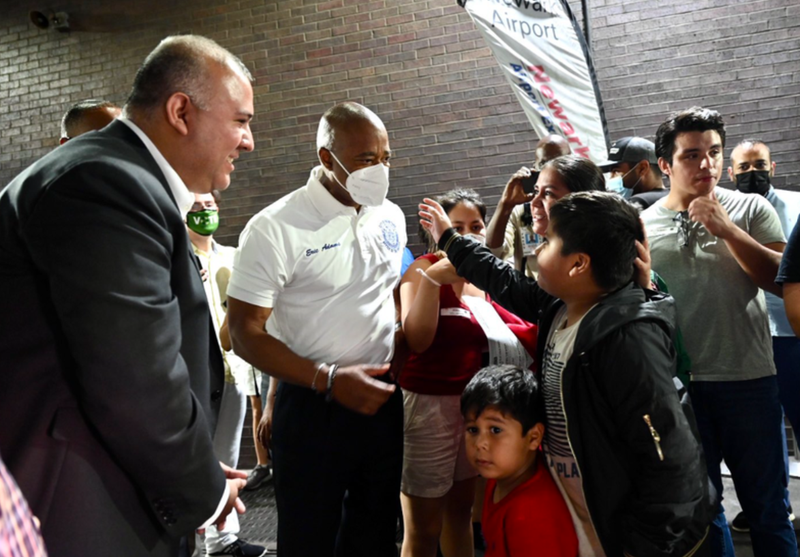 Adams’ office did not respond to a request for comment on the groups’ criticism.

The Adams administration has been relying on the city’s homeless shelter system to support the refugees, but the sudden influx has put a strain on the already-struggling institution.

“Thousands of people are disoriented when they arrive here, and we are doing our best within the mutual aid networks,” said Ariadna Phillips of South Bronx Mutual Aid. “The shelter system is not safe. The shelter system needs its own improvements in order to be safe for every New Yorker.”

The mutual aid groups have established “respite centers” that operate on donations in an attempt to shelter migrants as they arrive in the city.

“They provided better attention. They escorted us through all the intake processes,” said Ingrid, a refugee who spoke at the press conference. “Those ladies are very attentive; God bless them.”

Phillips accused Adams of disrupting the mutual aid groups’ work while failing to meet the needs the volunteers service.

“After the mayor started showing up for photo-ops, activists were elbowed out — prevented from supporting to the full extent in order to facilitate the photo-ops,” she said.

During one bus arrival, Port Authority police asked mutual aid groups to move a table they had set up with donated food and clothing, Hell Gate reported.

Organizers later saw the mayor handing out the donated food they had brought.

Phillips specified that her group has been in communication with the mayor’s office and that “certain individuals in government are doing their best to give a warm New York welcome to refugees.”

The mutual aid groups said the current system, which leans on the shelters to support the refugees, has failed.

Speakers attested to lack of food at shelters, medical emergencies gone unattended to and a lack of legal counsel for migrants who, in some cases, have immigration hearings in other parts of the country.

The crisis has been further exacerbated by Adams’ decision to scale back the city’s shelter expansion plan.

The groups called on the city to implement a permanent housing plan to address the influx of migrants and homelessness in New York City.

They also demanded legal representation for migrants and homeless New Yorkers and resources for migrants to reunite with their families for those separated by Abbott’s bussing program or the city’s byzantine shelter system. 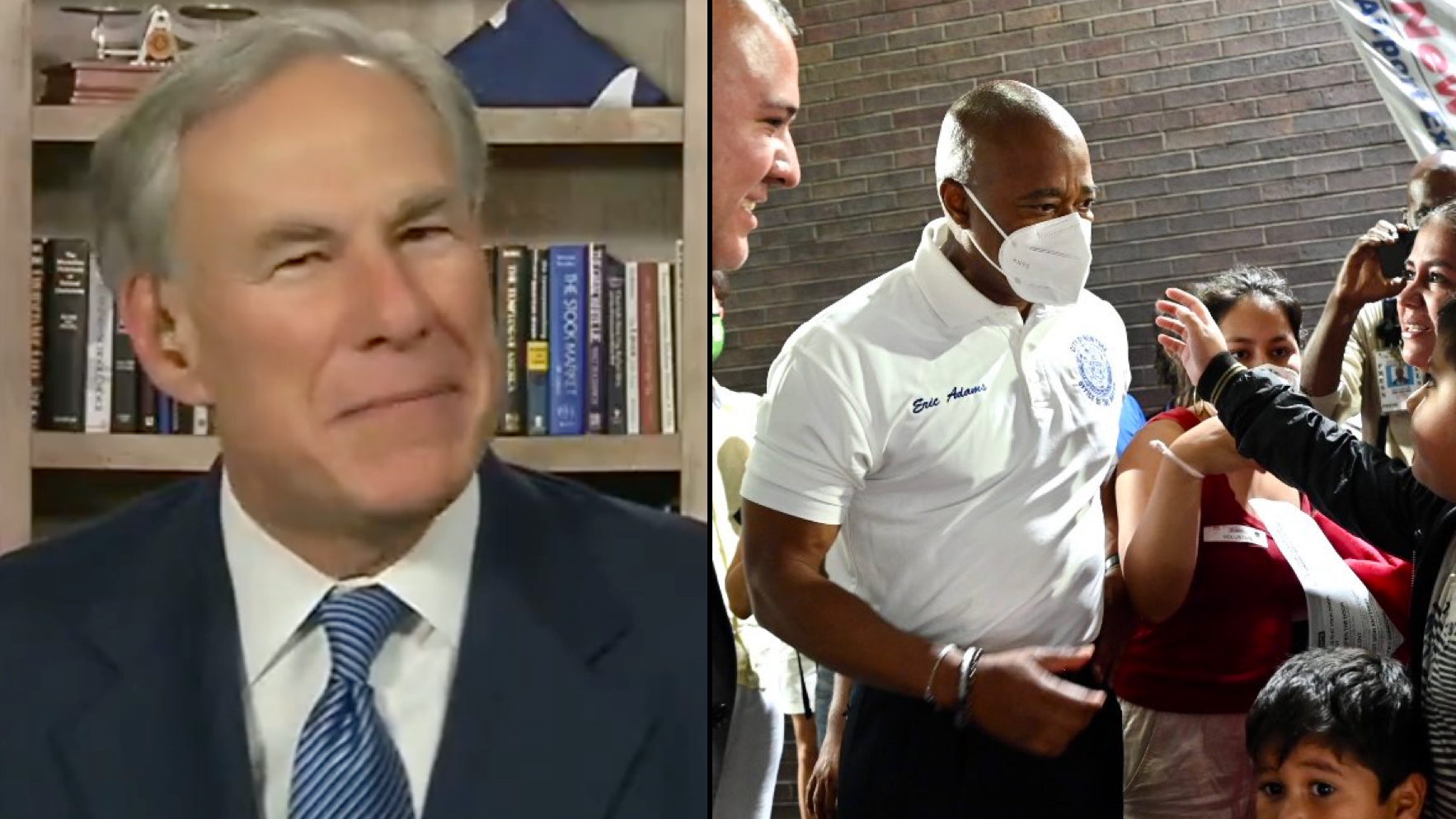 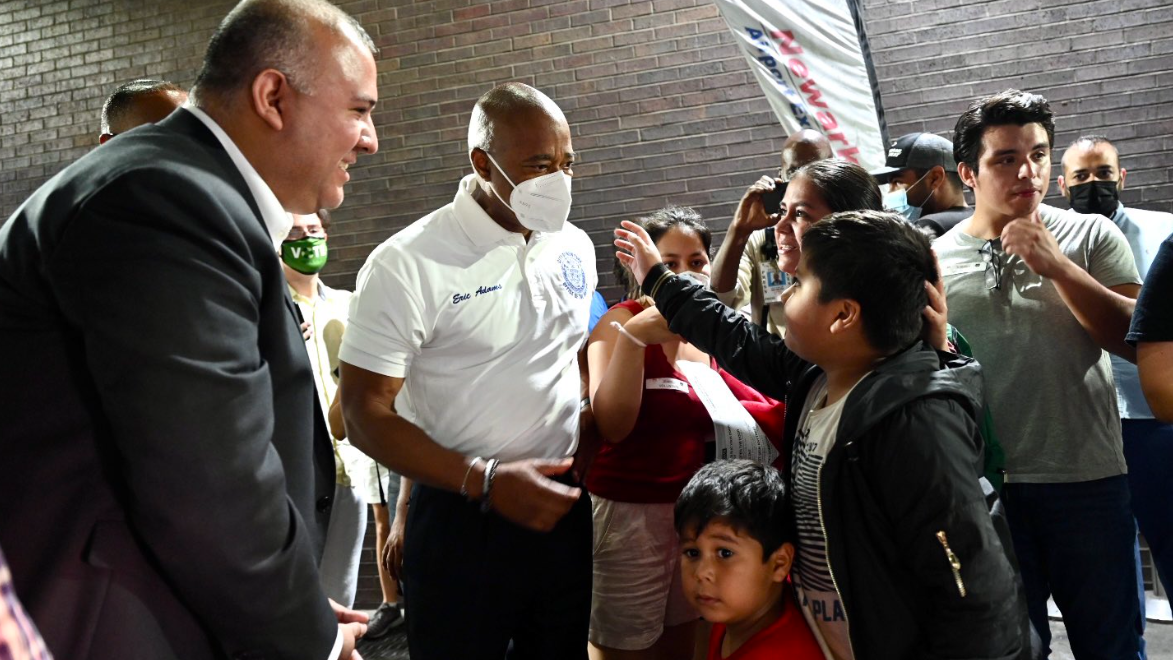