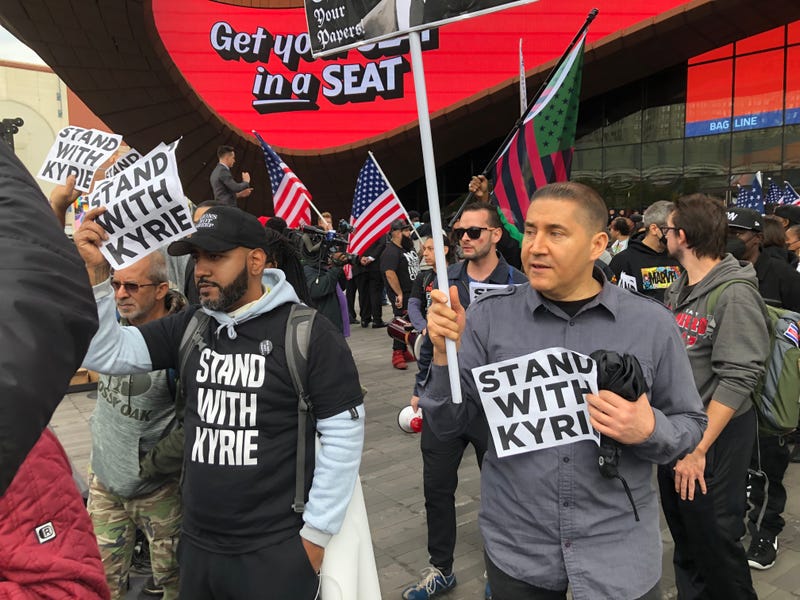 Several hundred protesters chanted “Let Kyrie play” and “Stand with Kyrie” and occasionally sparred with security at barricades outside the arena. Irving has been suspended by the team over his refusal to abide by New York City’s vaccine mandate to enter many indoor events, venues and businesses.

In clips posted to Twitter, Protesters could be seen pushing barricades into Barclays security ahead of the game’s 4 p.m. ti