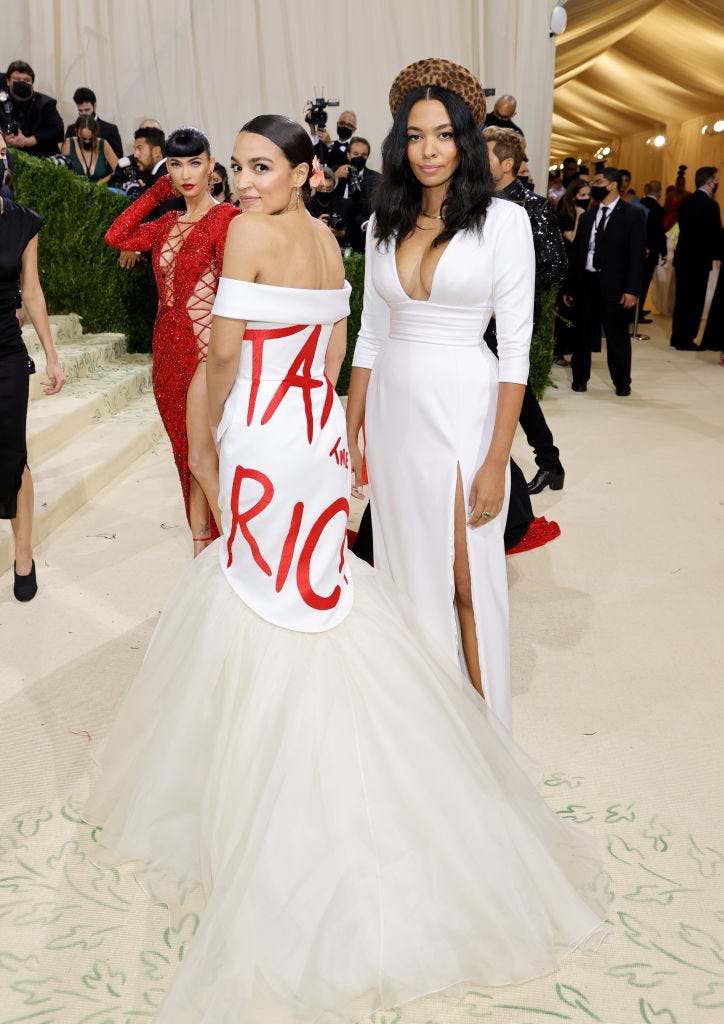 NEW YORK (WCBS 880) — Rep. Alexandria Ocasio-Cortez pushed back on critics who derided her for wearing a gown with the slogan “tax the rich” to the swanky Met Gala Monday night.

Republicans and some on the left called AOC, who represents parts of Queens and the Bronx, a hypocrite for attending the fundraiser, one of the most elite cultural events in the country, where tickets can run $35,000.

“[AOC] wants to tax the rich but took time out of her busy schedule to hob knob with NY and Hollywood elites who paid $30k to attend the #MetGala (and deduct it from their taxes),” tweeted Republican Sen. Rick Scott of Florida.

Barstool Sports founder David Portnoy added on Twitter, “‘Tax the Rich’ … But first I’m gonna go have the time of my life partying with them all at the most extravagant over the top party of the year that is essentially a celebration of richness.” 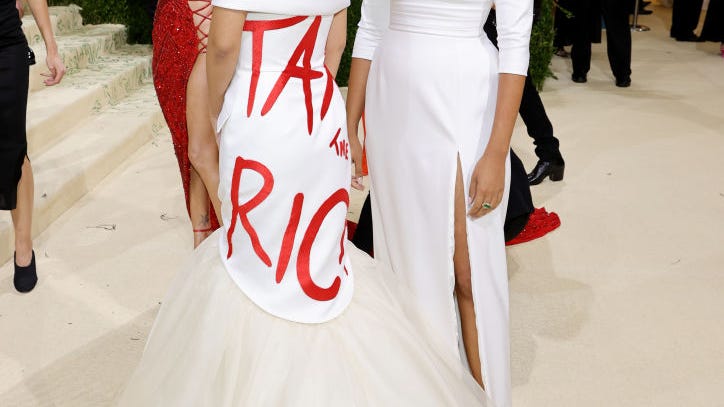 AOC defended herself saying she wanted to deliver her message directly to the wealthy. She added that politicians are typically invited to the events — both Mayor Bill de Blasio and Rep. Carolyn Maloney also attended —  "due to [politicians’] responsibilities in overseeing our city’s cultural institutions that serve the public,” she wrote on Facebook.