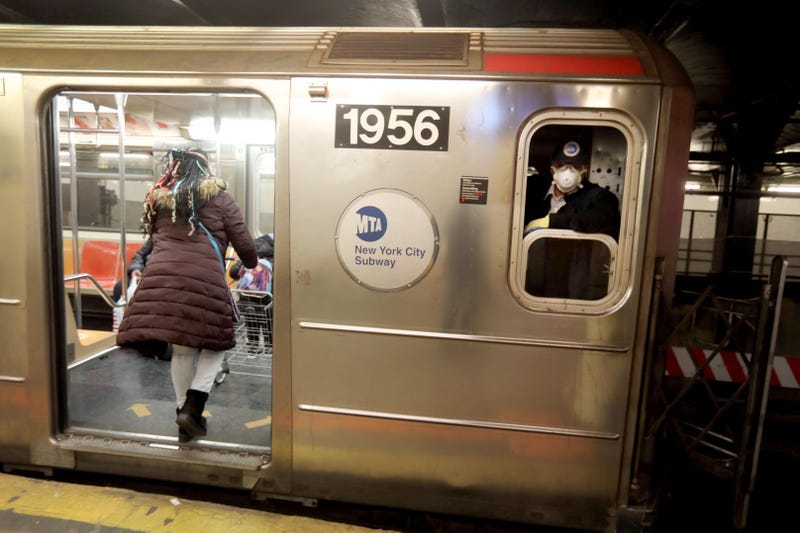 NEW YORK (WCBS 880) – New York’s transit workers union is calling for more help from the NYPD after worker assaults went up last year despite a huge drop in ridership.

Transit workers have been punched, kicked, spat on and targeted with bats and bricks.

“I mean it's horrible. It's horrible. It just needs to stop,” said TWU Local 100 President Tony Utano. “We don’t come to work to go home with blood on our uniforms.”

Utano said assaults on subway and bus workers actually rose in the second half of 2020 even though ridership was well down because of the pandemic.

Between July and December 2020, a total of 58 NYC Transit workers reported being assaulted, the New York Post reported, citing MTA data. Five fewer workers were physically attacked during the same period in 2019 even though 4 million more riders were using the subway on average each weekday, according to the report.

“My members are saying that they don't really see a police presence out there. The police say they are out there,” Utano said.

He said he asked for a meeting this past week with the NYPD’s top brass.

“They sat down and we talked, and we hashed out some ideas,” Utano said. "They understood what we were saying. They said there's a couple of new classes coming up through the academy and they were going to try to beef up the forces."

According to Utano, officials promised to put more uniformed officers in the subway and on buses. He said they’ll identify some of the biggest problem spots and the police will make themselves known there.

“Back in the day, we had police walking the trains, walking the platforms, getting on buses,” Utano said. "We need to bring that back."