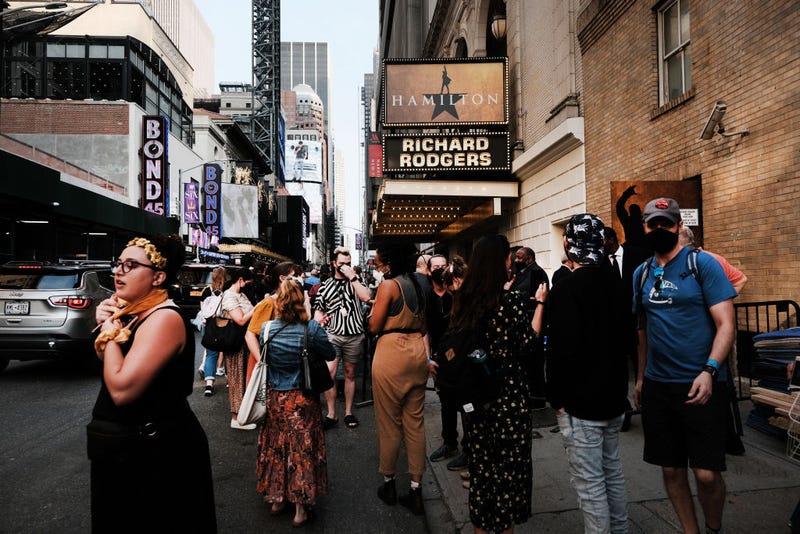 Fans, media and cast members gather outside the Richard Rodgers Theatre where the musical "Hamilton" is being prepared for opening for the first time since March 2020 when it was closed due to the COVID-19 pandemic on September 14, 2021 in New York City. Photo credit Spencer Platt/Getty Images
By Brian Brant

The Broadway industry's national trade association said that all 41 theaters in New York City will adopt a "mask optional" policy, while audiences will still be encouraged to wear masks in theaters.

"Millions of people enjoyed the unique magic of Broadway by watching the 75th Tony Award Ceremony recently," Broadway League President Charlotte St. Martin said. "Millions more have experienced Broadway LIVE in theatres in New York City and throughout the U.S., since we reopened last fall. We're thrilled to welcome even more of our passionate fans back to Broadway in the exciting 22-23 season that has just begun."

The move comes nearly a month to the day after the Broadway League previously announced it would continue its mask mandate through June 30.

Broadway audiences have been required to wear masks since July 2021, while its proof of vaccination mandate — enacted at the same time — was lifted starting May 1.

St. Martin added that masking protocols for August and beyond will be evaluated on a monthly basis and another announcement will be made in mid-July. 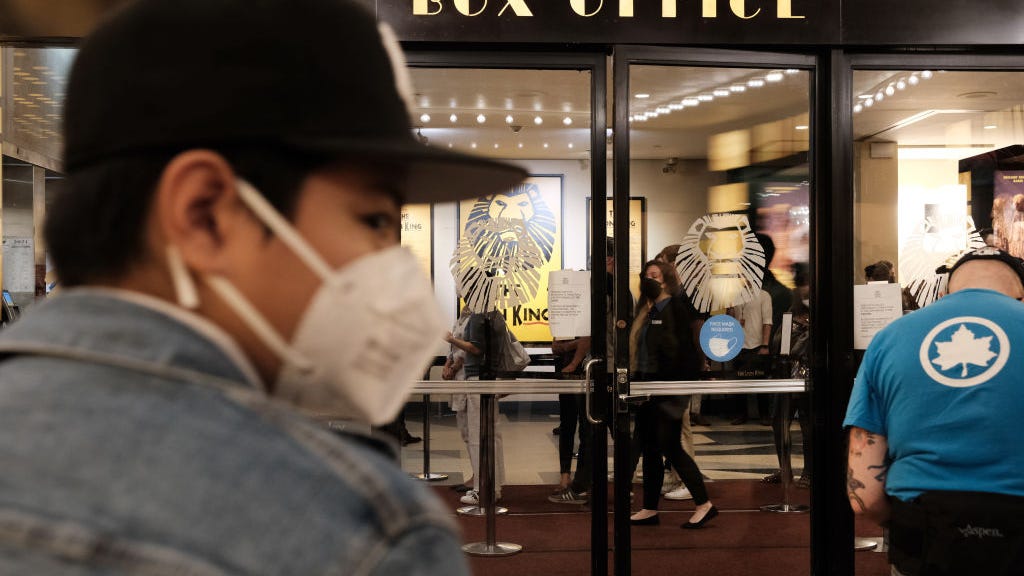 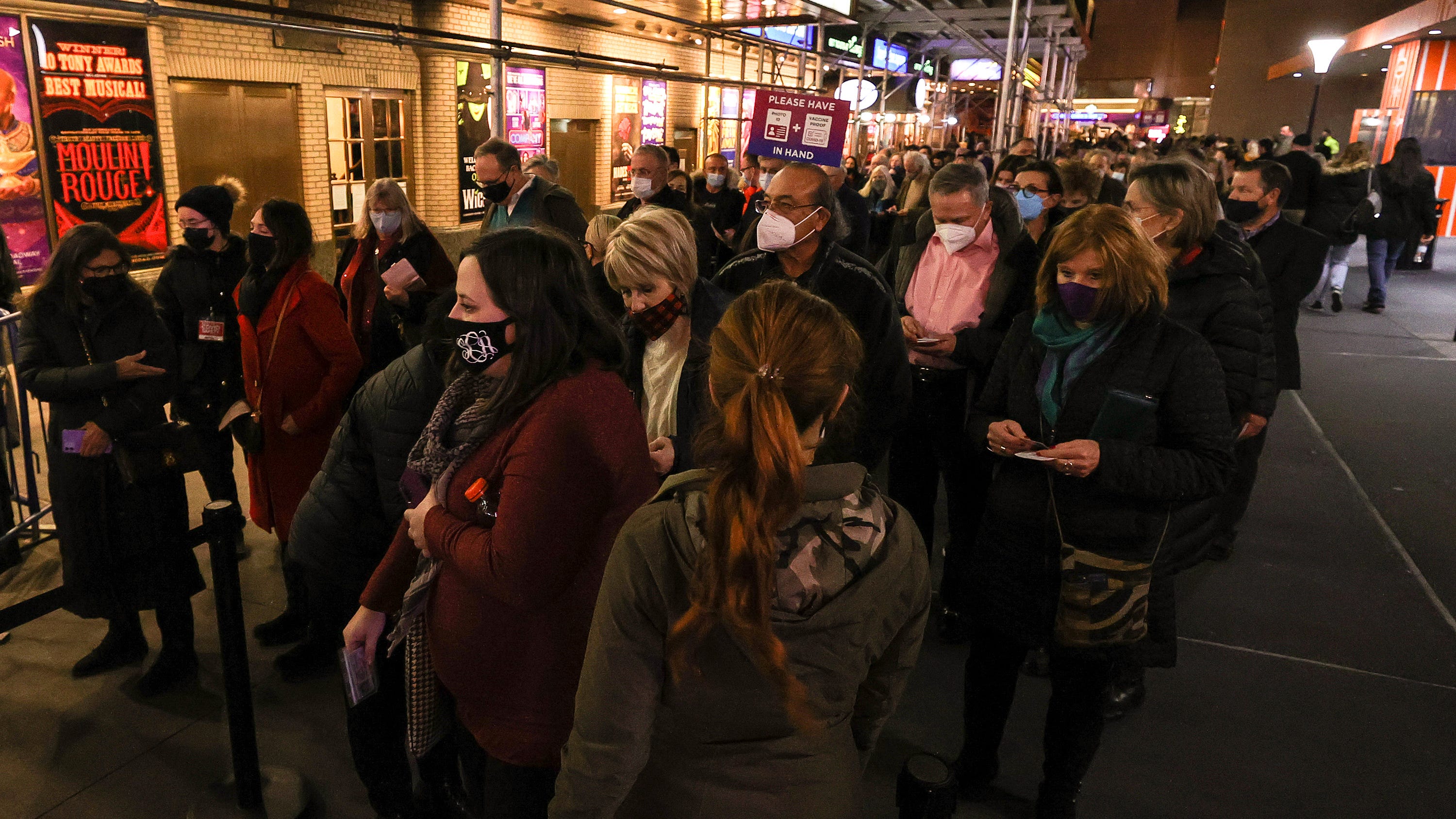 Broadway ends vaccine mandate for audience, keeps it for workers