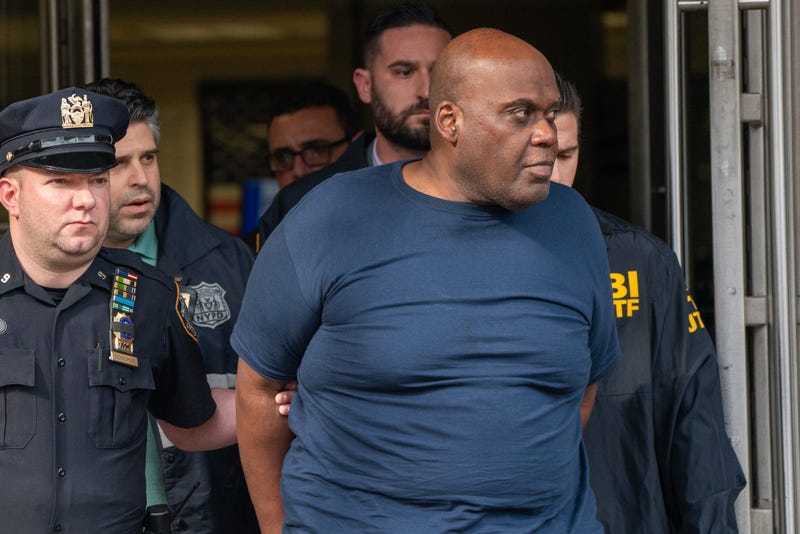 Suspect Frank James is escorted out of the 9th Precinct by police after being arrested in the East Village on April 13, 2022. Photo credit David Dee Delgado/Getty Images
By Adam Warner and Kristie Keleshian

James, 62, was escorted by U.S. Marshals for a noon appearance at the U.S. courthouse in Downtown Brooklyn after a federal grand jury returned a two-count indictment last week charging him with committing a terrorist attack or other violence against a mass transportation system and discharging a firearm during a violent crime.

Accompanied by his lawyer, James entered a plea of "not guilty" to the charges.

Both counts carry a maximum sentence of life in prison. The weapons count has a 10-year mandatory minimum sentence.

James, who remains jailed without bail, is due back in court on July 25 for further proceedings in the case. 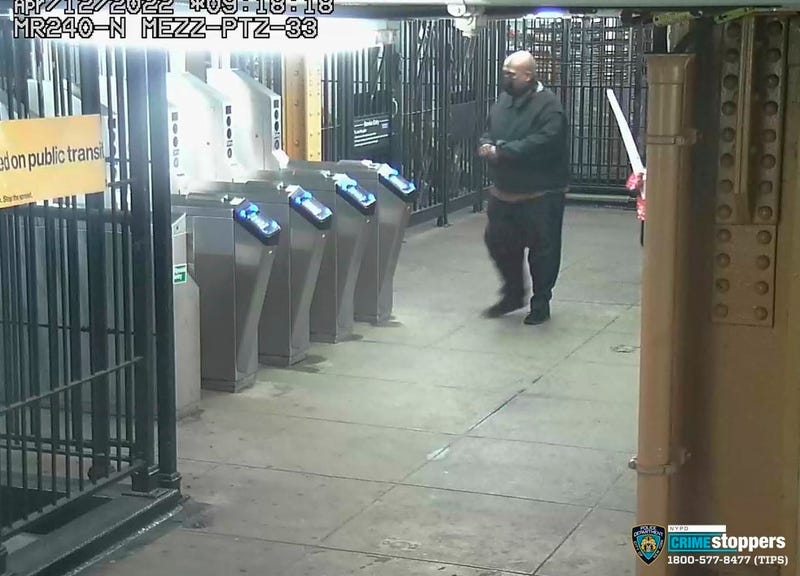 James was in court about a month after prosecutors allege he unleashed smoke bombs and opened fire on a crowded N train near the 36th Street station in Sunset Park on the morning of April 12.

Ten people suffered gunshot wounds and 19 more were taken to hospitals with injuries that included smoke inhalation and shrapnel wounds. The victims, ranging in age from 16 to 60, were all expected to survive.

The shooting sparked an intensive 30-hour manhunt across a city already dealing with a spike in major index crimes.

James was arrested the next day in the East Village after he called the NYPD Crime Stoppers tip line on himself and said he was at a McDonald’s in the neighborhood, according to police.

A lawyer representing James at the time of his arrest cautioned not to rush to judgment and noted that James alerted police to his whereabouts.

A motive for the attack is unclear. In numerous rants he posted on YouTube, James made bigoted remarks about people of various backgrounds, railed against Mayor Eric Adams and complained about mental health care he received in the city years ago. 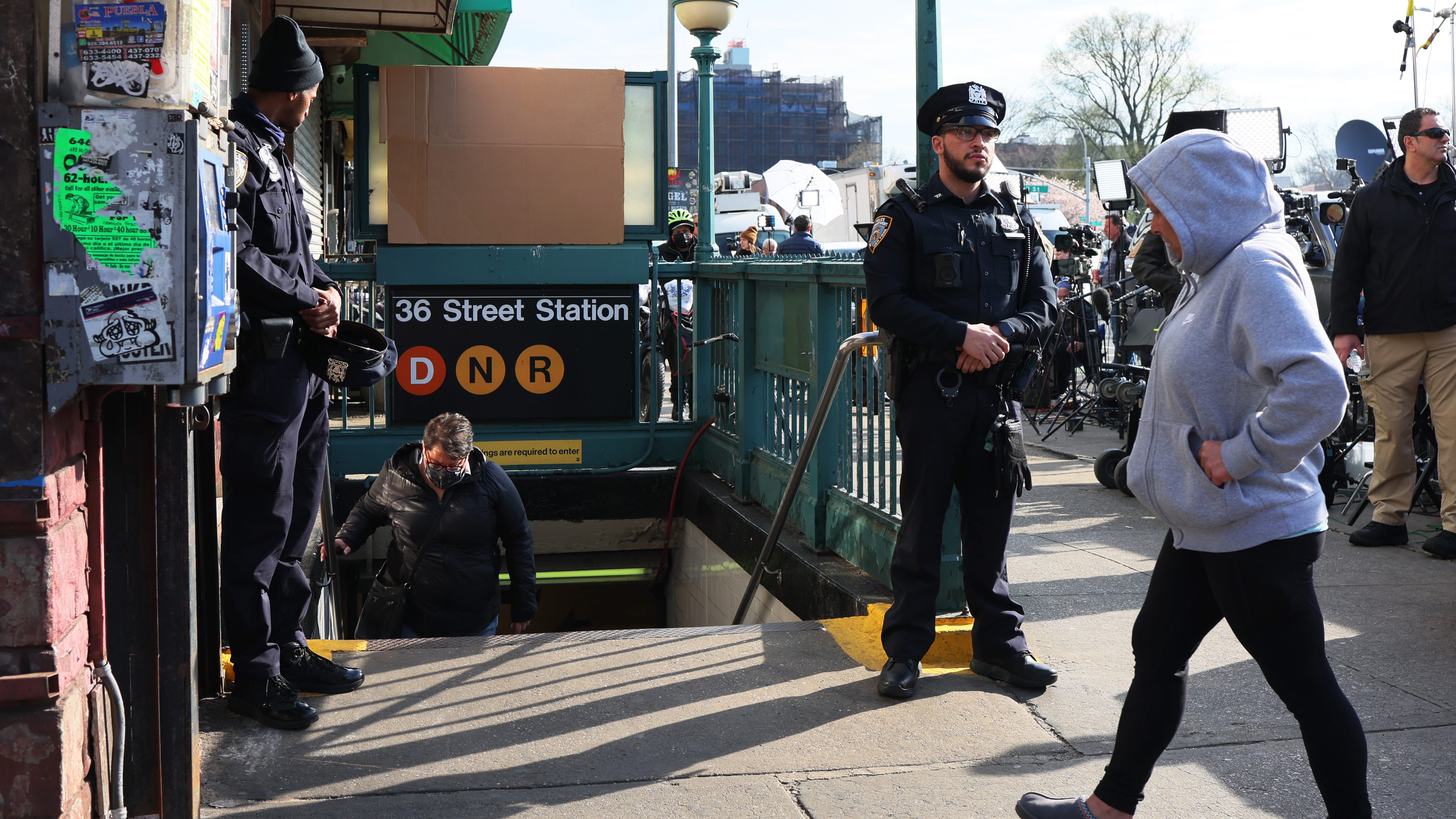 MTA reveals cause of camera failure during Brooklyn subway shooting 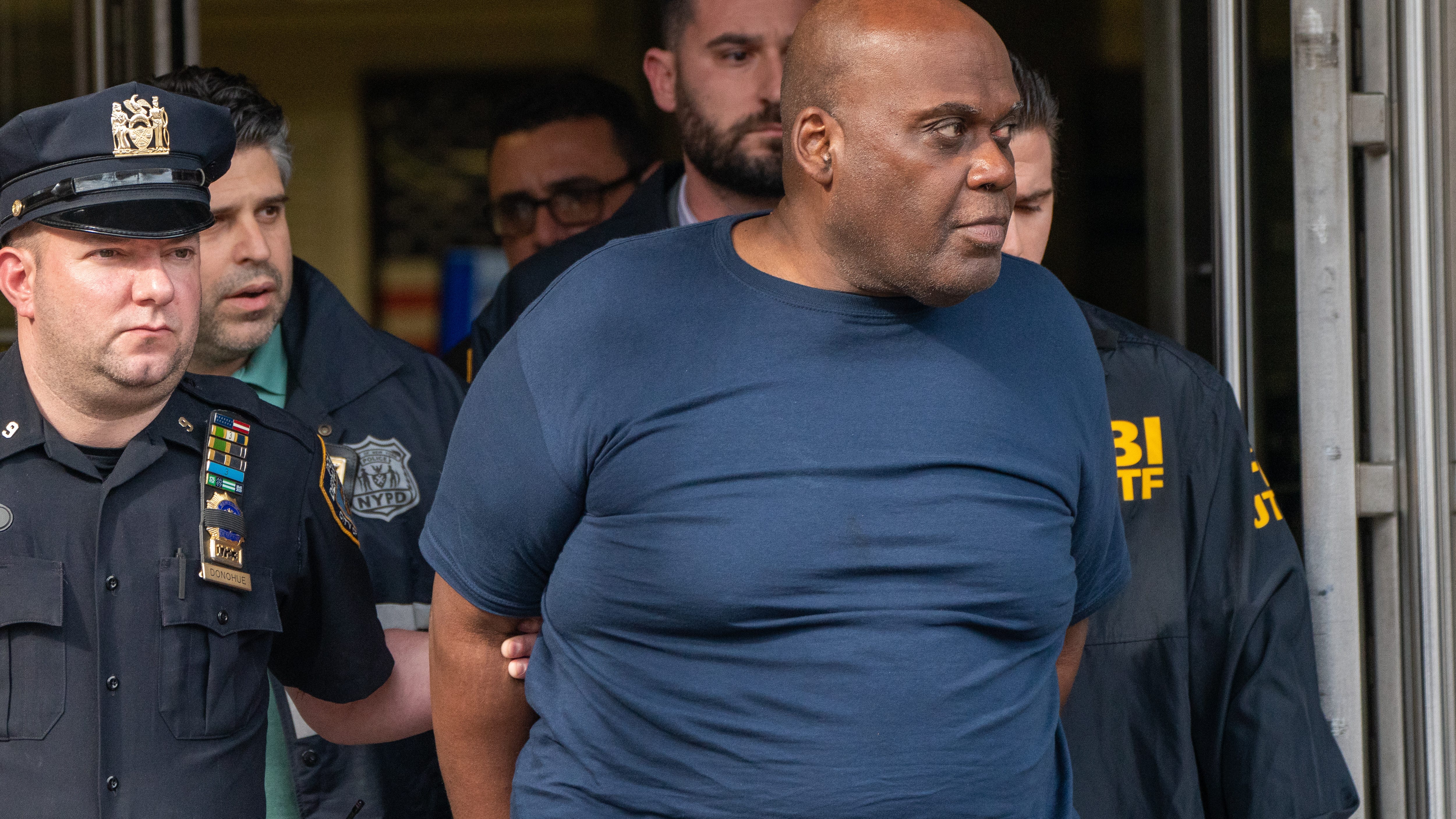