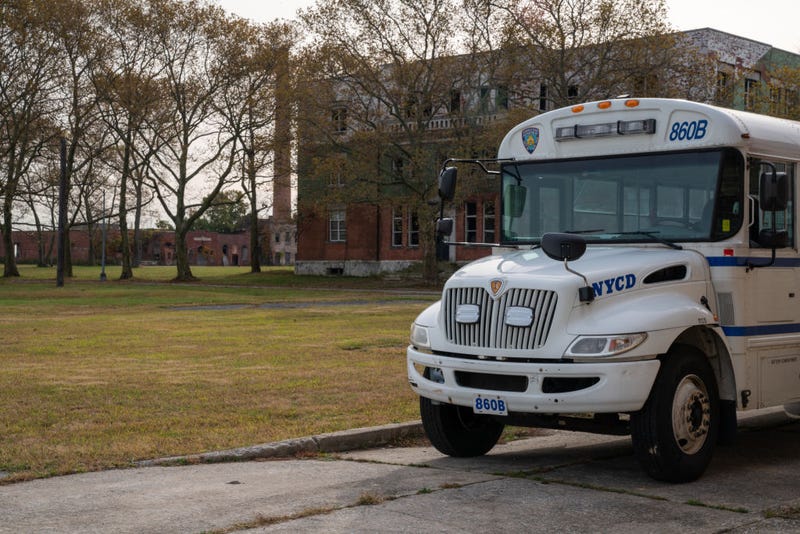 The suit was brought by the Correction Officers’ Benevolent Association on Friday saying officers have been frequently assigned shifts that violate state law, amid a staffing shortage.

The union also alleges officers were not equipped with adequate personal protective equipment during the pandemic and were regularly denied meal breaks, bathroom breaks and access to water.

For too long, New York’s Boldest have been subjected to unimaginable working conditions. From being denied medical attention, to being forced to work 25 hours or more without food or water, @CorrectionNYC has put our officers in extreme danger. (1/4) pic.twitter.com/m8CSecFblb

He notes that “staffing levels are extremely bad” and officers have been forced to work “25-plus hours, in some cases 30 hours straight.”

The union president said assaults on officers are also happening, partly because members of the same gang are being put in the same jail cells.

In a statement, Boscio added that he has “never seen such deplorable working conditions for our members — conditions that have been made even worse by the continued indifference of the top brass at our agency.”

“What was once considered a solid career path is now a daily nightmare for the men and women who work tirelessly to keep this city safe,” he said.

Vincent Schiraldi was appointed by Mayor Bill de Blasio to fill the position, and even though he has been on the job for just six weeks, he agrees with most of the complaints he is hearing.

“There's so much pent-up frustration in this place,” he said.
“Morale is very low. Violence is increasing and is already too high.”

He believes that there is not a staffing shortage, but rather, more and more people continue to call out of work because they are frustrated by the conditions.

Schiraldi has already met with Boscio and announced a new post-pandemic recovery pan for the department, with a focus on safety, getting people to work and improving conditions for the incarcerated.

A memo detailing those plans was distributed throughout the department on Friday.