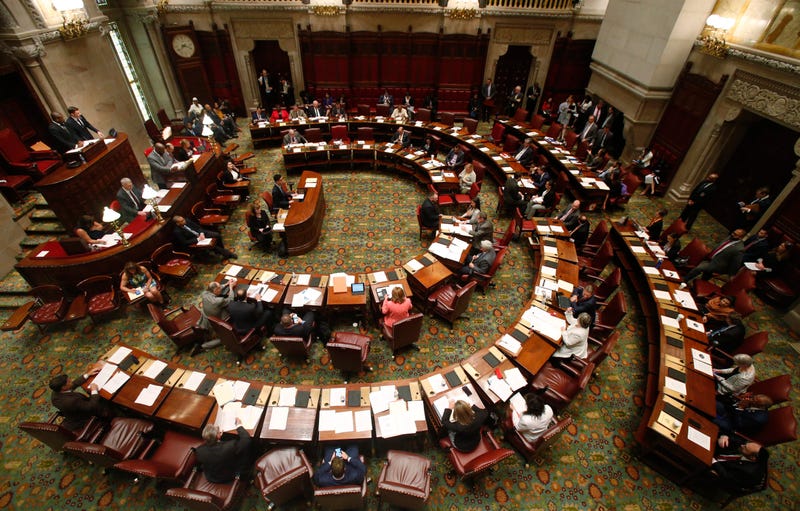 NEW YORK (WCBS 880) – New York state lawmakers are looking to raise taxes on the wealthy and corporations, but they face opposition.

Both houses of the state Legislature support billions of dollars in tax increases. Included in the Legislature’s proposal are a 1% tax hike on millionaires and a tax on capital gains for millionaires, like when they make money on stocks.

Ken Pokalsky, vice president of the New York State Business Council, said the proposal “really sets New York state apart from what the other states are doing,” and not in a good way.

The New York State Business Council represents 2,300 private sector employers. A lot of them are large corporations who would be feeling the heat if the Legislature has its way.

“This is a big increase in state-imposed cost in a struggling economy. So we just think this is the wrong thing to do at a time when the state is trying to recover,” Pokalsky said.

He said it’s a proposed tax hike on people who already pay most of the taxes in New York to begin with.

He said the tax hikes could push people—and their money—out of the state.

“We’re already a pretty high-tax state, and we know that New York state is the largest exporter of people every census. We know we’re losing a significant number of individuals and their wealth,” Pokalsky said.

Another point critics of the tax hikes make is that New York is set to get billions of dollars in the $1.9 trillion federal COVID-19 stimulus package.

A spokesperson for Senate Majority Leader Chuck Schumer told the New York Post that the $12.6 billion going to the state from the stimulus wipes out any projected budget debt.