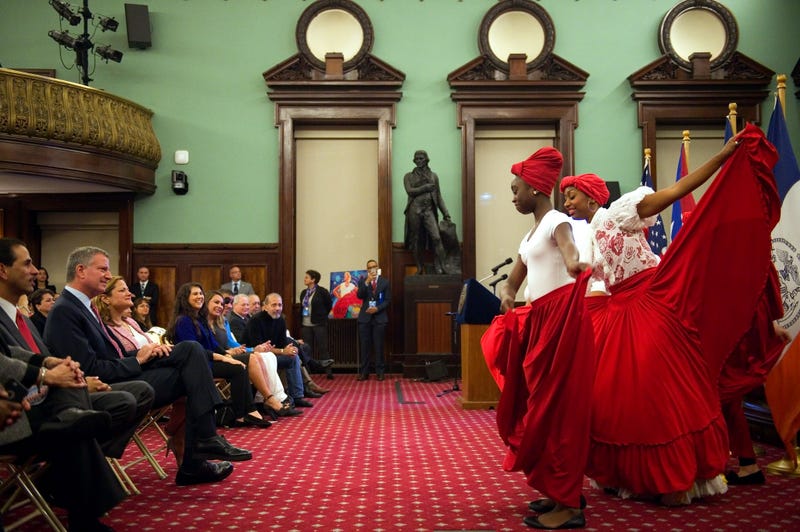 The city’s Public Design Commission plans to vote to offer the 188-year-old statue of the nation's third president, currently standing in City Hall’s council chambers, as a “long-term loan” to the New-York Historical Society, according to the commission’s agenda for Monday.

De Blasio’s office confirmed the news to the New York Post, with a spokesperson saying the statue’s removal will come following a review of public comments and a vote from the commission's 11-person board.

Several City Council members, including Speaker Corey Johnson, have pushed for the removal of the founding father’s statue because of Jefferson's view and ownership of hundreds of slaves.

“There’s so much about Thomas Jefferson and his own personal writings, memoirs about how he treated his slaves, his family members and things of that nature and how he perceived African Americans and slaves — that they lacked intelligence, that they were not to assimilate into society,” Brooklyn Councilman I. Daneek Miller told The Post.

Details of the loan were not immediately clear.

De Blasio’s office and the New-York Historical Society did not immediately respond to requests. Curtis Sliwa wants to erect Columbus statue on Staten Island, 'the most Italian of boroughs'