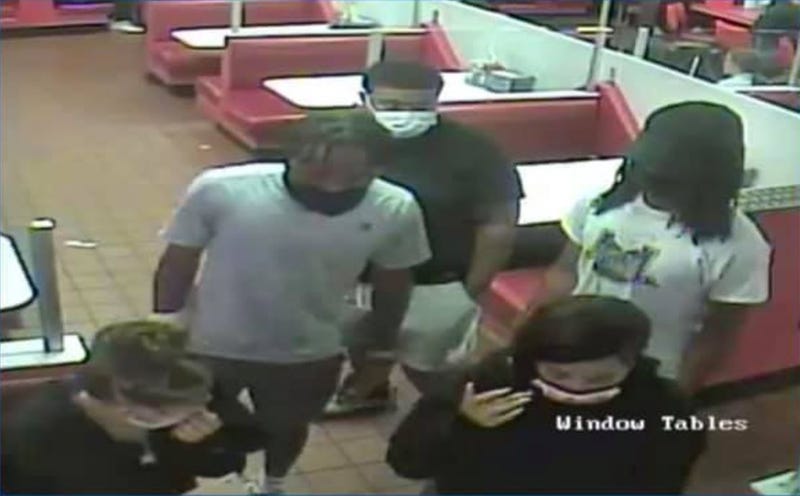 A group of dine-and-dashers wanted for allegedly kidnapping and assaulting a waitress at a New Jersey diner on Saturday. Photo credit Washington Township Police Department
By Erica Brosnan and WCBS 880 Newsroom

TURNERSVILLE, N.J. (WCBS 880) — A group of diners who skipped out on their bill at a New Jersey diner kidnapped and attacked a waitress who tried to confront them about payment, police said.

The incident happened at Nifty Fifties Diner in Washington Township at 11:15 p.m. on Saturday.

According to authorities, a group of diners were eating at the restaurant and after finishing their meal, attempted to leave the establishment without paying.

A waitress, who was not named, attempted to stop them and followed them outside of the restaurant.

Police say the group of diners then grabbed the waitress and pulled her into their vehicle before driving away. 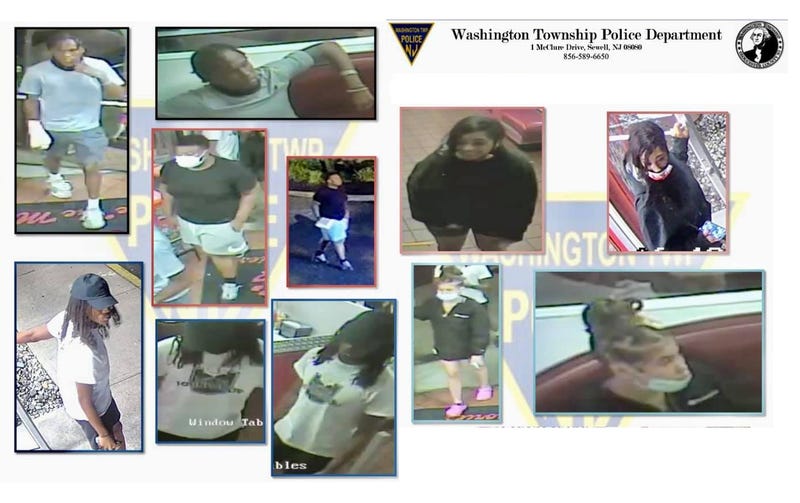 A group of dine-and-dashers accused of kidnapping and assaulting a waitress at the Nifty Fifties Diner in Turnersville, New Jersey. Photo credit Washington Township Police Department

“She was then assaulted and later left on the side of the road on State Highway 42,” the Washington Township Police Department said in a release.

According to an ABC7 report, the waitress was able to make it back to the restaurant and call police. She suffered bruises and a possible concussion and was taken to a nearby hospital.

The outlet notes that the bill was around $70.

The suspects were last seen driving in a white Dodge Durango. 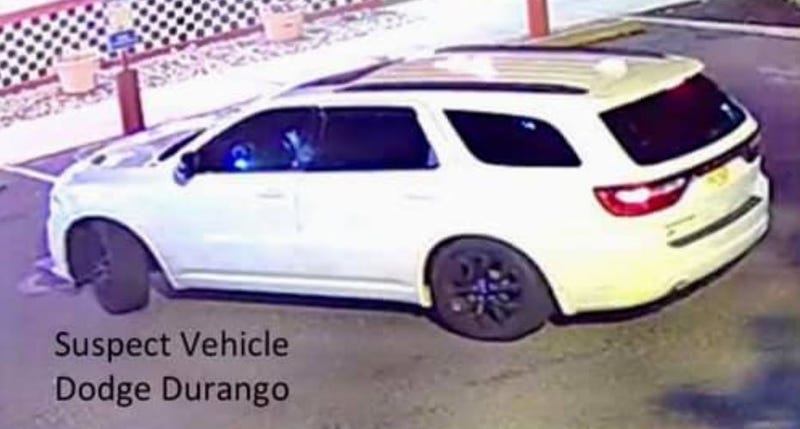 A photo of the vehicle used to abduct a waitress at a New Jersey diner. Photo credit Washington Township Police Department

Anyone who is able to identify the individuals is encouraged to contact Det. M. Longfellow at 856-589-0330 ext 1160 or at mlongfellow@pd.twp.washington.nj.us.