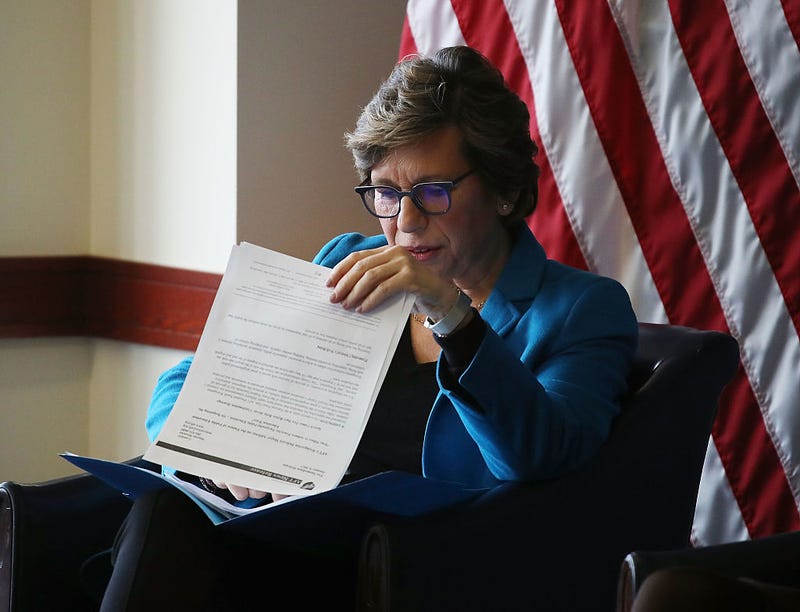 NEW YORK (WCBS 880) — President-elect Joe Biden’s Cabinet has been taking form in recent days and the Democrat is expected to announce his first round of personnel choice on Tuesday.

Biden has already picked Ron Klain as White House Chief of Staff and Janet Yellen as Treaury Secretary. He is also expected to pick Antony Blinken as Secretary of State, according to reports.

Another potential cabinet pick for the Biden administration is a name New Yorkers know well: the former head of the United Federation of Teachers Randi Weingarten.

She now leads the American Federation of Teachers and her name has been floated for Education Secretary.

WCBS 880’s Steve Burns spoke with Weingarten recently to ask how she feels about the possible job and her feelings around Biden himself.

Q: What was your experience like with [Biden] when he was a part of the Obama administration?

“You know, it's not a secret that the Obama administration had a different view of schooling than we did at times and they were very focused on a top-down accountability model. They were real believers in public schooling but, they also believed that the market could it do far more than, frankly, we think it can. You have to actually meet the needs of all children, not hope that an accountability system will shake everybody up. And what I have found was that Joe Biden, during that period of time, really was our go-to person. He would deeply listen – very, very, very loyal to the president, as the vice president has to be, but he would find ways to not just listen, but to find a mechanism by which we could really try to solve problems.”

Q: Curious seeing your name being floated for Secretary of Education. Is that a post you consider?

According to a Politico report, another pick for Education Secretary could be Lily Eskelsen García, who led the National Education Association – the largest teacher’s union in the United States – from 2014 to 2020.

Biden has said his education secretary should be someone with experience as a public school teacher.

Biden’s wife, Dr. Jill Biden, has been a professor of English at Northern Virginia Community College since 2009. Prior to that, she taught reading and English in high schools for 13 years.