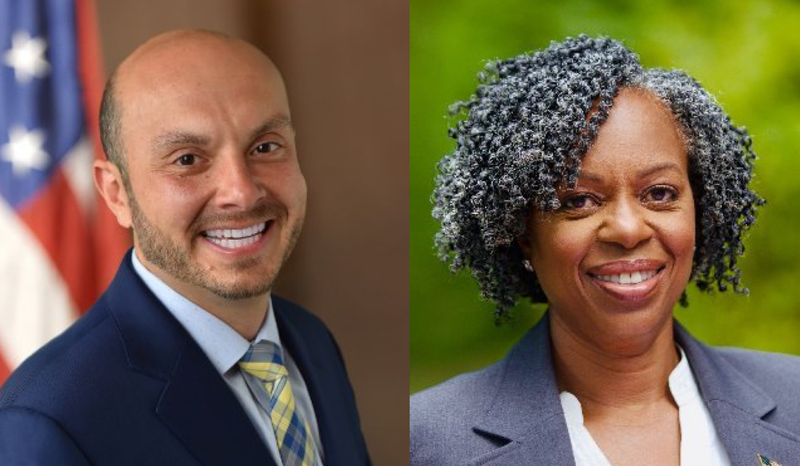 NEW YORK (WCBS 880) -- Peter King is not seeking reelection after 28 years as a congressman. The two candidates battling for his 2nd Congressional District seat are Andrew Garbarino and Jackie Gordon.

Gordon is a Democrat who is a single mother, a former Town of Babylon councilperson and a retired military officer. She says we cannot forget about our veterans.

“Right here on Long island, we have the largest concentration of veterans in New York state, so we have to make sure that veterans have the resources that they need and have access to it. That means mental health resources. In the country, 22 veterans take their own lives every day," she said.

And she supports equal pay for women.

And she wants COVID-19 financial help from the federal government.

“As a military veteran, I know that we can find money when we need it. We needed it to invade Iraq, we found the money. We can find money for our families at home. Legislators need to get back together at the table and come up with direct relief for families, extend unemployment benefits, help our businesses with the PPP loans,” she said.

“I actually spoke to a voter in the district. Her and her daughter both are cancer survivors, and she told me that if it wasn’t for the Affordable Care Act, she wouldn’t be having a conversation with me and that now they have preexisting conditions. So she along with so many other people, they want me to fight to preserve the Affordable Care Act, help to bring down the cost of prescription drugs,” she said.

Garbarino is an attorney and current assemblyman. He is a Republican who says homeowners on Long Island need the SALT deduction.

“One of my number one goals in Washington is to get down there, fight for the restoration of the full tax. But being in the Legislature already, knowing how things work. So if we can at least start with an increase, you know, raise the exemption from $10,000 to $20,000, $10,000 to $25,000, that’s a good start, and we can fight for full restoration later on,” Garbarino said.

He also says, “any proposition that increases taxes on Long Island, I’ve always voted, ‘no.’”

He also does not want to defund police departments.

“Federally, if you defund the police, there are federal programs that fund the COPE programs. Those are the local cops that sit in the downtowns to make sure that the main streets are safe. There’s also a federal grant program so local police precincts can afford bulletproof vests. You defund the police on a federal level, those are programs that are going to get hit. So that’s not something I support.”

And he knows how hard many have been hit because of COVID-19.