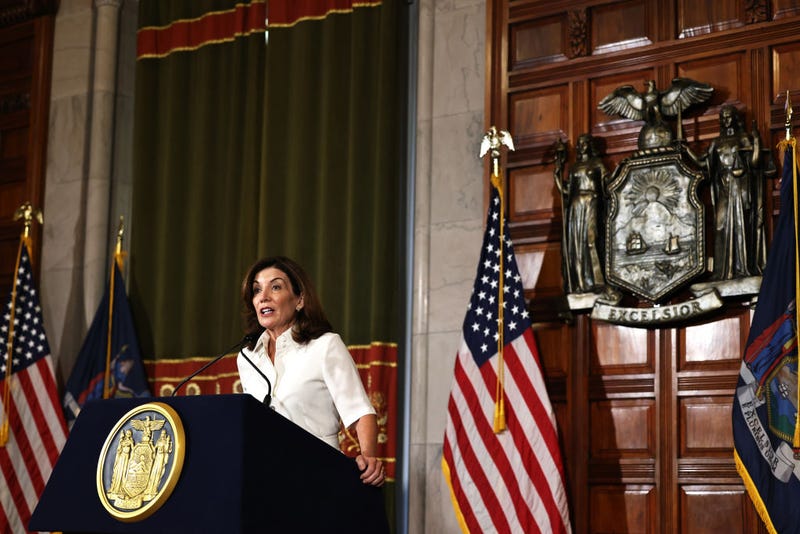 NEW YORK (WCBS 880 ) — Gov. Kathy Hochul is promising to give MTA officials more control over projects and day-to-day operations than her predecessor.

Andrew Cuomo was notoriously involved in the state agency’s operations, with his meddling ultimately forcing the resignation of Andy Byford, the well-respected president of city subways and buses.

Hochul, who was sworn in as the state's first woman governor at midnight on Tuesday, said she would take a softer approach in her first sit-down interview with the New York Times published Tuesday.

“Authority doesn’t have to be concentrated in me when I’m hiring outstanding professionals who know their jobs. I will be there if there’s something that’s not following what I want,” she told the paper.

Hochul said she has spoken to MTA leadership and is supportive of the megaprojects ahead of the cash-strapped agency that is still trying to climb back from the coronavirus pandemic, including delivering the country’s first congestion pricing pogram to fund the agency.

She described herself in the interview as a “Biden Democract” who would be “fighting for people that just had a tough blow dealt to them in life.”